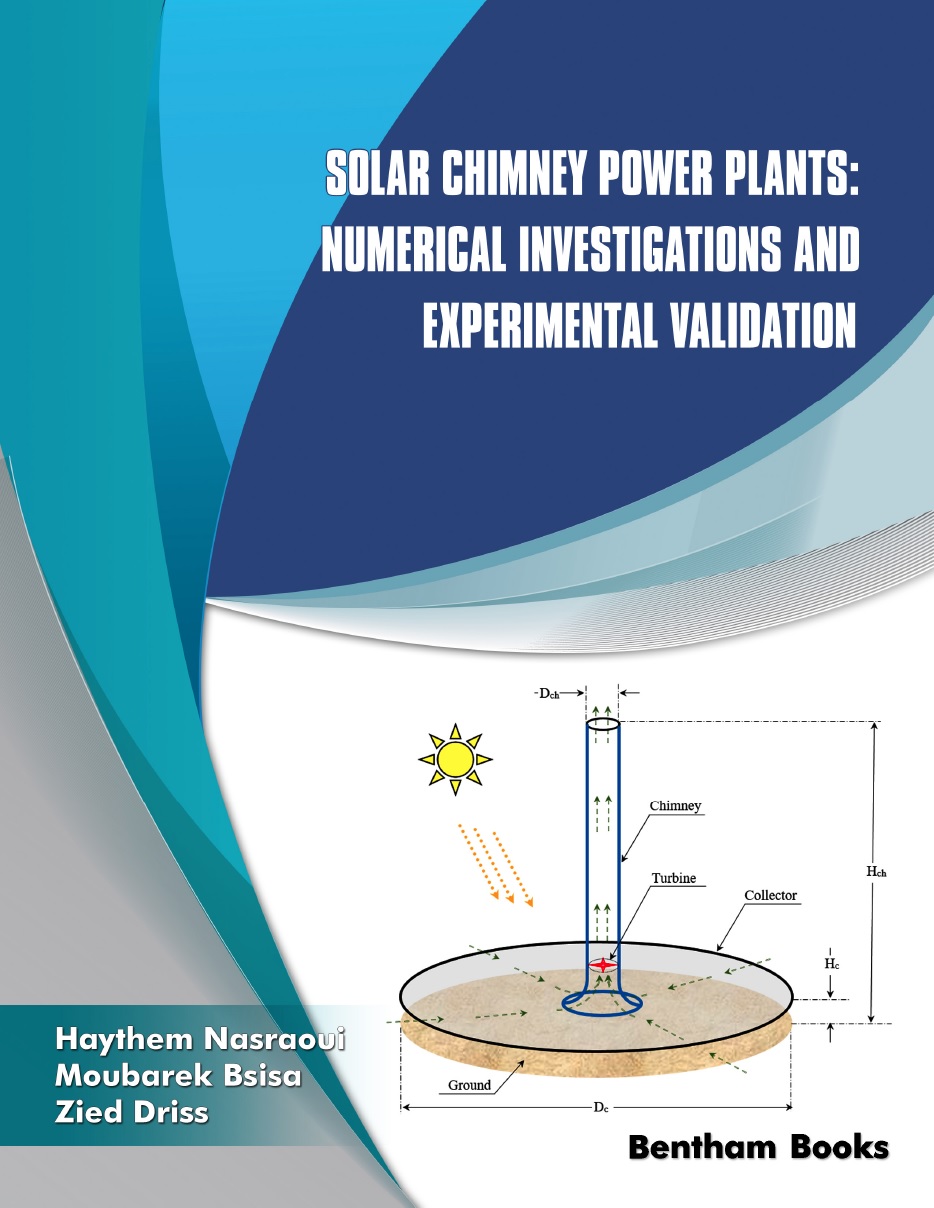 In the first part, the authors present a simulation developed by using computational fluid dynamics (CFD) modeling software ANSYS Fluent to model the airflow. The adopted CFD models include k-ɛ turbulence model, the DO radiation model and the convection heat flux transfer model. These models have been validated with anterior experimental results.

In the second part, the simulated models are then tested with alternate geometric configurations of the solar chimney power plant. The numerical studies allow readers to consider ways to expand on the design optimizing of the solar chimney when constructing a prototype. Geometrical parameters include the height, the diameter of the chimney and the dimensions of the solar collector and their effect on the temperature and air pressure is documented to validate models used for experimental simulations.

The handbook also includes a study of an experimental prototype, constructed at ENIS. The researchers have gathered data on the environmental temperature, distribution of the temperature, air velocity and the power output generated by the turbine, the solar radiation and the gap of temperature in the collector of the prototype.