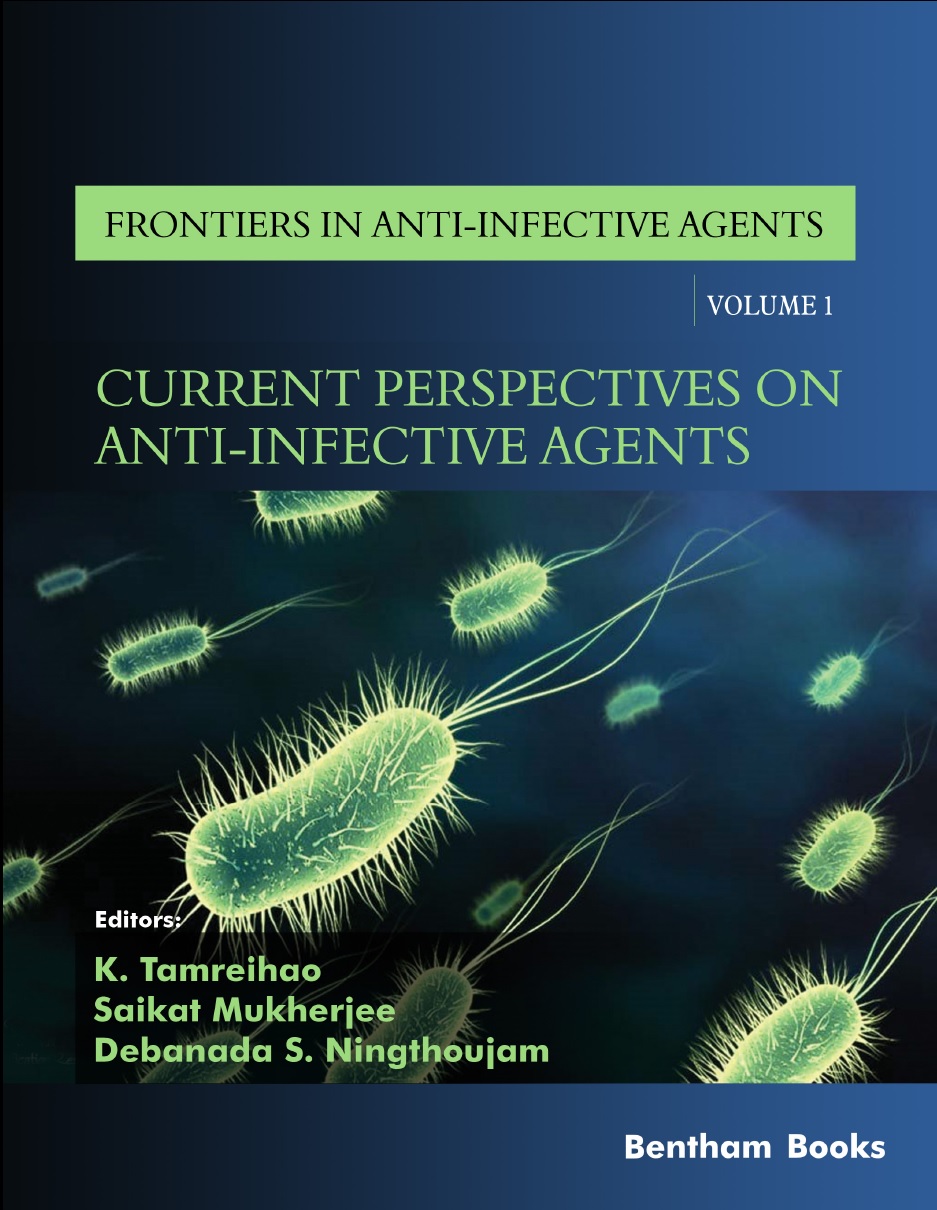 The volume is a comprehensive documentation on major infectious diseases from tropical countries which pose a serious threat to global healthcare programs. These include diseases such as tuberculosis, AIDS, leishmaniasis (kala-azar), elephantiasis, malaria, leprosy, various fungal disorders, and emergent viral diseases. Due to the widespread use of antibiotics, there is an emergence of drug-resistant pathogens in many regions. Hence, there is a need to search for novel, cost-effective bioactive compounds that demonstrate high efficacy and low toxicity in human cells from unexplored ecosystems to combat emerging drug-resistant pathogens. Chapters of this volume focus on the pathogenesis and etiology of each of the mentioned diseases, updated WHO reports wherever applicable, conventional drugs and their pharmacokinetics as well as new approaches to develop anti-infective agents.

The authors also present a detailed report on ‘superbugs’ (multi-drug resistant pathogens) and new measures being taken up to eradicate them. Information about new antimicrobials (bioactive peptides and silk protein sericin) and the approaches taken by scientists and healthcare professionals for successful targeting of these molecules for human medicine. This volume is essential for general readers, healthcare professionals, researchers, and academicians actively involved in research on infectious diseases and anti-infective therapeutic drugs.

The last century has achieved remarkable breakthroughs in controlling various infectious diseases by synthesizing and modifying antibiotics. However, the present century has been witnessing emergence of drug resistant virulent organisms, specially the ESCAPE pathogens comprising Enterococcus faecium, Staphylococcus aureus, Klebsiella pneumonia, Acinetobacter baumanii, Pseudomonus aeruginosa, and Enterobacter sp. Besides, major infectious diseases like tuberculosis, kala-azar, malaria, elephantiasis, polio, leprosy, etc (from tropical countries), which could be controlled in the last century by large-scale eradication program or chemotherapy are re-emerging, causing outbreaks due to the virulence of existing organisms or accumulation of susceptible host. Besides, new viruses have been emerged such as SARS, Ebola, Hendra, Hanata, etc. causing deaths wordwide. The WHO has been updating the list of all priority organisms which have been emerged as a global healthcare threat.

Antibiotic resistance is an alarming agenda in healthcare sectors. Increased mortality rates, nosocomial infections, and reduced drug availability against such resistance organisms have generated an urgency for new antimicrobial agents. New approaches are being undertaken to control these WHO priority organisms such as genome mining approach, one strain-many compound approach, repurposing of old drugs, phage therapy, usage of immunobiotics and probiotics.

Many natural sources are also under investigation for extracting new anti-microbial agents. Actinomycetes synthesize various secondary metabolites which have been successfully used for decades as anti-infective agents such as antibiotics, antifungal agents, etc. Majority of these actinomycetes are Streptomyces sp. producing anti-tuberculosis drugs like Chyrsomycin A, Hytramycin, etc. New actinomycetes are now being searched from unexplored or underexplored ecosystems for the development of new antimicrobials against disease organisms. New therapeutic molecules need to be searched from unexplored or underexplored ecosystem. For diseases like AIDS where successful chemotherapy is still not possible, new challenges exist in controlling opportunistic infections such as skin and mouth infections, nervous subsystem disorders, respiratory disorders, as well as cancers. Fusion inhibitors, pharmacokinetic enhancers, fixed dose anti-retrovirals, and combination therapy are new promising anti-infective agents. Such combination therapy exists for treating malaria as well, such as the use of quinone, chloroquines, sulphonamides, etc. Medicinal plants have proven to play an important role in generating anti-malarial medications. Antimalarials such as quinone, artemesinin, etc. have been extracted from medicinal plants and these anti-infective agents have shown promising results clinically against malaria. New medicinal plants are being investigated for the possible extraction of new antimalarial medications from bark, leaves, roots and aerial parts of the plants. Similarly, the silk protein sericin has been found to have anti-microbial activities and new methodologies using nanotechnology are being developed for loading and targeting Sericin as a human medicine.

Another important group of anti-infective agents such as Bioactive Peptides are also being synthesized in by enzymatic hydrolysis or microbial fermentation methods. Antimicrobial peptides have important roles in innate immunity and can directly or indirectly kill a pathogen and the mechanism of action is different from conventional antibiotics.

In this book, the authors have provided a comprehensive documentation on various major infectious diseases, from tropical countries such as Tuberculosis, Kala-azar, Elephantiasis, Malaria, Leprosy and various fungal disorders. The chapters have focused on the pathogenesis and etiology of the diseases, updated WHO reports wherever applicable, conventional drugs and their pharmacokinetics as well as new approaches to develop anti-infective agents. Moreover, one chapter has also addressed emergent viral diseases causing serious threat to healthcare globally and healthcare agenda being taken up by the WHO, Center for Drug and Disease control and other healthcare institutions for controlling them.

In one of the chapters, the authors have given a detailed report on the Superbugs and new measures being taken up to eradicate them. Our book also focuses on new antimicrobials such as Bioactive Peptides and silk protein sericin and the approaches undertaken by scientists and healthcare professionals for successful targeting of these molecules as a human medicine. This book will be essential for general readers as well as healthcare professionals actively involved in research on infectious diseases and anti-therapeutic drugs.

The editors wish to thank all authors for their dedicated efforts to bring this book into realization. The authors would also like to acknowledge the Department of Biotechnology (DBT), Govt. of India and the Department of Science and Technology (DST), Government of India for the constant support and encouragement by funding various research projects.

The editors would also like to thank the parent Institution, Manipur University, for infrastructural support.

Healthcare sectors are facing an alarming condition due to the emergence of new viruses and re-emergence of drug resistant organisms causing outbreaks globally in recent years. The WHO has been continuously updating the list of such newly emergent virulent pathogens. Pathogenesis and mode of transmission of these pathogens need careful documentation and controlled therapeutic measures should be planned according to specified guidelines. While the last century witnessed the eradication of polio using the attenuated polio vaccine, mutated and infectious polio strains have recently emerged resulting in epidemics. Similar situations were also witnessed for major infectious diseases especially in the tropical countries. Excessive use of antibiotics and other anti-infective agents has resulted in disease-resistant Superbugs such as Methicillin Resistant Staphylococcus aureus (MRSA) causing nosocomial infections leading to increased mortality. In the last decade, many new zoonotic viral diseases have re-emerged such as Ebola, SARS, MERS, etc. Unusual vectors have been reported for disease transmission such as infected bats spreading Ebola. Similarly, novel modes of transmissions of such viruses such as through handling bushmeats viruses have been reported.

Therefore, we need to redesign our antimicrobial arsenal. Conventional antibiotic therapies need to be supplemented with additional methodologies involving immunobiotics, probiotics, gene editing technologies, etc. Unexplored and underexplored ecosystems should be searched for new microbial species which can synthesize novel anti-microbials as secondary metabolites. Traditional and advanced instrumentation needs a co-operational search to extract novel anti-infective agents from medicinal plants, actinomycetes, and other diverse sources with antimicrobial activity such as platypus milk.

Lastly, appropriate guidelines should be specified by the WHO and other concerned authorities for the controlled use of new anti-infective drugs as the English author Celia Rees has quoted rightfully “Those that can heal can harm; those that can cure can kill.”