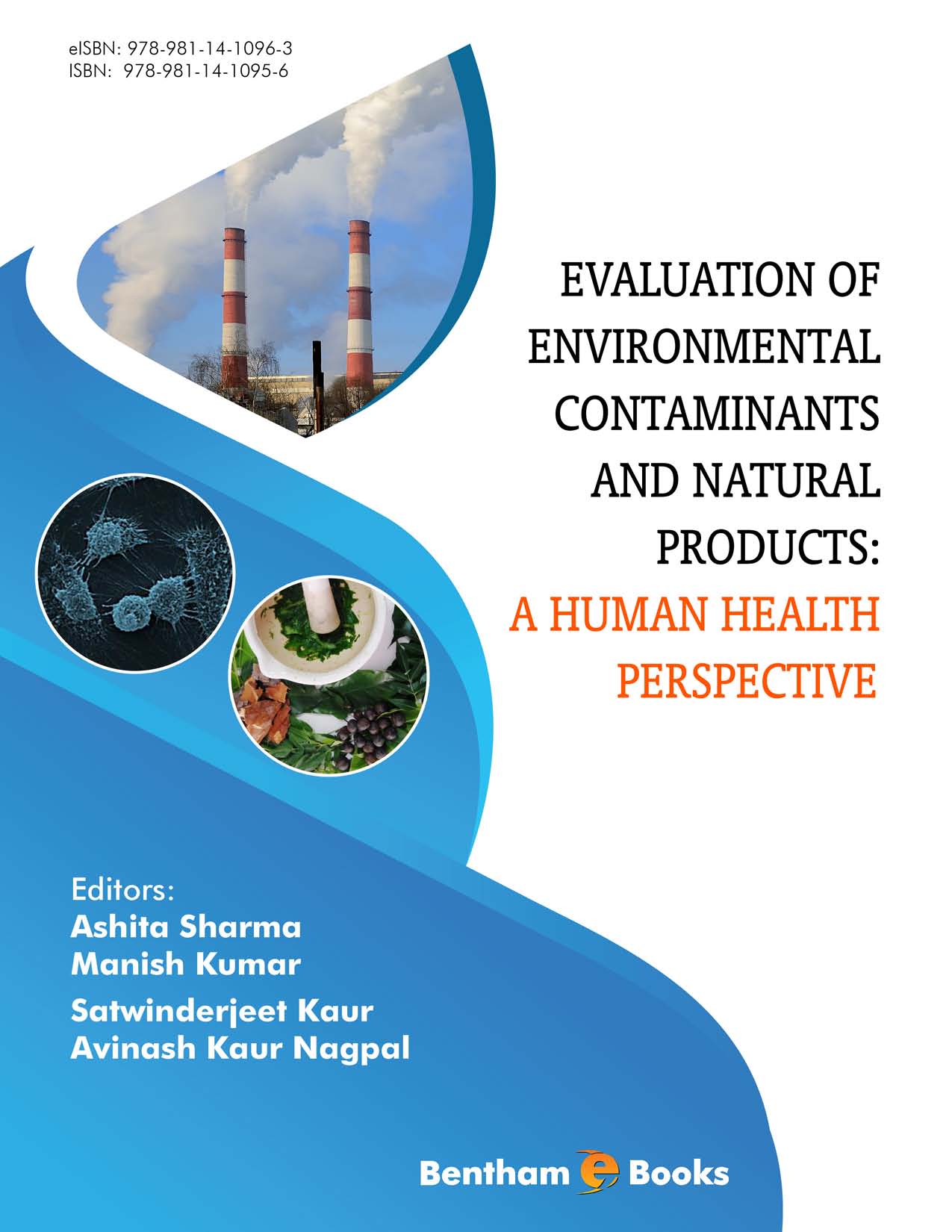 Unbridled urbanization and development of natural land resources has led to the degradation of our surrounding environment. The air that we breathe, the water we drink and the food we eat is at risk of being contaminated with a plethora of chemical pollutants, some of them being potentially carcinogenic. This presents a challenge to human health. This book attempts to address this challenge in two parts which represent two different approaches. The first part of the book summarizes the alarming effects of environmental contaminants. Various studies depicting the direct relationship of environmental contaminants with cancer incidence have been referenced. Scientific studies have established an inverse relation between cancer and ingestion of dietary phytoconstituents (phytochemicals) in the form of fruits, vegetables and botanical herbs. Plant products as dietary supplements can suppress contaminant toxicity by regulating the resulting reactive species and also by assisting their bodily excretion through Phase 1 and Phase 2 enzyme metabolism. The second part of the book, shifts focus to phytoconstituents which, if included in diet, can prevent the harmful effects of pollutants. The text references numerous studies showing the anti-mutagenic, anti-genotoxic and anti-carcinogenic potential of many plant products. The combination of information about contemporary issues of carcinogenic contaminants in the environment coupled with the references to relevant studies in this handbook will enlighten readers studying courses in environmental chemistry, toxicology, botany, and ecology about environmental toxins and help them understand specific dietary measures known to reduce the toxic impact. Researchers in the field of nutrition can also benefit from the information provided.

In the last century, soaring economic developments had led to mushrooming of industries and ill planned urbanization. The plethora of byproducts and/or waste products of industrialization acted as environmental contaminants in the biosphere. Currently, addition of some xenobiotics to our environment and increase in concentration of existing natural elements in biosphere has resulted in the deterioration of ecosystem, alterations in biogeochemical cycles, degradation of gene pool thus, affecting the health of flora and fauna existing on the earth. The health effects associated with exposure to these contaminants include various degenerative diseases including cancer. Increase in cancer incidences and deterioration of human health have led to the awakening of scientific community and efforts are being made to formulate policies and framework associated with environmental contaminants.

The present book has been conceptualized keeping all of the above issues into consideration. The book is broadly divided into two sections; Section A covers the toxic effects of environmental contaminants on human health, tools to analyze the pollutants and ways to mitigate them. Section B focuses on the protective effects of various plant products against the toxicity induced by environmental pollutants. Section A was mainly edited by Dr. Ashita Sharma while the main editor for Section B was Dr. Manish Kumar, concerning their respective areas of expertise.

In the first chapter of the book, Savita et al. have summarized various pollutants that have been added to the environment by anthropogenic activities. The chapter also summarizes various effects of the pollutants on flora, fauna and environment. The Second chapter of our book by Chattopadhyay summarizes various carcinogenic pollutants in our ambient environment and their mechanism of action. The chapter holds a descriptive approach to the carcinogens and their effects. The next two chapters of the book by Kaur T. et al. and Kaur M. et al. focus on various tools which help in evaluating the toxicity of pollutants so as to identify various carcinogenic and/or toxic chemicals in our surroundings. These chapters have carefully summarized the common techniques adopted for the screening of pollutants. Pollutants like pesticides and biphenyls, pertaining to their wide application and severe toxic effects, have gained attention of the scientists and researchers throughout the world. The advent of green revolution and the demand of increased food production have resulted in injudicious use of agrochemicals, which may have increased the crop production but at the same time have caused many toxic effects to the consumers. Pesticides are one of most common contaminants which effect large section of population, hence these holds importance over the other pollutants. So, in the next chapter, Yadav and Sharma throw light on the toxic effects of pesticides on human population. Biphenyls are the emerging pollutants which have increased in biosphere due to various anthropogenic reasons. The increase in urbanization and ill planned disposal has made this pollutant spread drastically in the ambient environment. The Chapter sixth of the book by Sharma et al. reflects on various sources and effects of biphenyls. Also, the chapters have tried to provide the remediation strategies for both the pollutants. Before the pollutant reaches to the human beings and showcase the effects, it can be curbed in the environment. The next chapter by Kalia and co-workers, thus focuses on the emerging technology which identifies an emerging strategy to mitigate the pollutant from environment employing unique group of microorganisms called Actinomycetes.

Since ancient times, the natural phytochemicals in plants are known to exhibit medicinal properties. Thus, the power of these phytoconstituents was also evaluated against the deadly contaminants and in many cases these phytochemicals proved to be the curative nectars. The next section of the book throws light on protective benefits of plants products against degenerative diseases including cancer. The subsequent chapters by Kaur P. et al. and Kaur S. et al. cover modulatory and protective effects of plants products and nutraceuticals. The second last chapter of book by Kumar et al., establishes an important link between caspases and plant products in cancer chemoprevention. In the last chapter, Patel and Bhattacharya have focused on important diagnostic tools related to cancer.

This version is a concise handbook for researchers and academicians to understand the issues related to various environmental toxins and protective agents which can safeguard gene pool against these toxins.