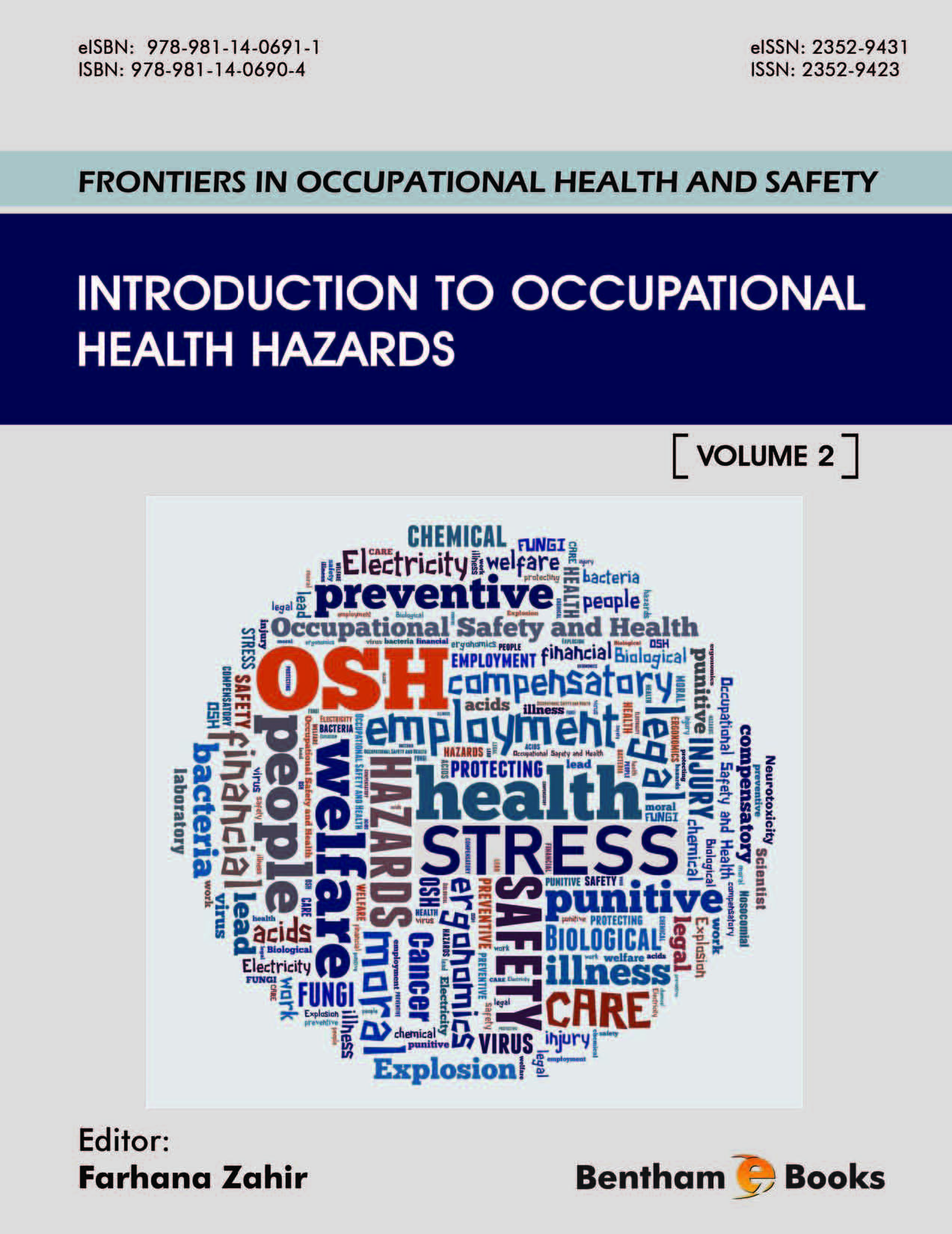 The definition of occupational health hazards is constantly changing over time as technology advances and as the awareness of work place safety issues continues to grow. Introduction to Occupational Health Hazards focuses on work-related hazards which have evolved with the advent of more recent professions. The book introduces readers to the basic concept of occupational hazards. From this starting point, readers are introduced to the types of medical disorders that can occur as a result of occupational hazards, such as cancer and neurological disorders. The next section explains health hazards to medical and laboratory staff. The book concludes with a chapter that explains mental health issues (stress and psychosocial factors) that are related to occupational health – which is a recent addition to the spectrum of health risks in the working environment. As a handbook, the book provides information about occupational health risks for science and medical students along with professionals working in the health care and laboratory industries, respectively.

The book has 6 chapters divided into four units by various authors. Each chapter showcases a new aspect of occupational hazard.

Unit I: Introduction to Occupational Hazards

I am highly grateful to Dr. S. M. Hadi, Emeritus Professor, Department of Biochemistry, AMU, an accomplished scientist for keeping his promise of briefly reviewing the book and writing a ‘Foreword’ despite paucity of time.

I would like to express my gratitude to all the authors for bearing patience during the long time this book took to see light of the day.

The introductory chapter, tries to encompass the emerging and existing occupational disorders some of which were earlier unnoticed or were unborn until recently into six disease causing agents, biological, chemical, physical, ergonomic, psychosocial and accidental. Emergence of newer disorders in the aftermath of industrialization, globalization, migration, extremes of climatic conditions, recreation methods has become possible due to the advancement of science and technology. The role of various international organizations like WHO, ILO etc. is highlighted on pertinent issues. This book aims to deviate from traditionally discussed occupational hazards to focus on work-related hazards which evolved with advent of newer professions.

Dr. Manzoor Gatoo and Dr. Sufia Naseem are biochemists from JN Medical College, AMU trying to give us a holistic view of to the world of occupational cancers.

Medicine is the one of the ancient and noble profession. Nosocomial infections are infections acquired by hospital staff at work. Me and Professor Shagufta Moin along with her team from JN Medical College, AMU, has tried to give insight into the medico world of susceptibility and risks associated with medical and paramedical work. It also highlights the fact that following simple preventive measures can save lives of thousands of trained and untrained workers in health sector including doctors and nurses.

Noted Scientist Marie Curie died of Cancer. Accidents in academia are frequent in developed and developing countries. Genetically Modified Organisms (GMO), Recombinant DNA (R-DNA), Biological expression systems, transgenic and knock out animals, transgenic plants, biological waste or combination of biological and radiation waste are new age professional hazards for scientists. The hepatitis B virus is several times more contagious than HIV, a medical professional/scientist coming in contact with hepatitis B is likely to be infected without proper vaccination or other precautions. For the first time, a comprehensive chapter regarding the “awareness of biosafety issues of scientists” has been written by me in collaboration with Professor Achla Gupta of Mount Sinai School of Medicine for the benefit of all the students and researchers. The chapter successfully marks that following stringent precautions is essential before establishing a laboratory and while scientists are at work. Also, proper disposal procedures must be followed after the scientific task is completed to avoid any risk of infection/accident for the scientist and general public.

This unit has one chapter articulating the case of previously unrecognized health hazard ‘mental stress’ of the workforce. Stress was an unknown term during the first half of the century bygone. Lack of proper sleep and change in biological clocks is leading to a lesser understood but almost an epidemic like disease-Stress. The last twenty years have seen the enhancement of the reported cases of stress, so is the rise in consumption of anti-depressants. The previously unrecognized occupational hazard forms a common denominator for almost all work place issues. Adequate sleep has gained significance as it tries to bring down levels of Stress. I have tried to study stress as a component of anxiety and collapse of circadian rhythm.

I would like to thank Prof. S.J. Rizvi for being my mentor and guide.

Last but not the least; I would thank my parents, husband, brother and kids for generating the support system around me that keeps me steady.