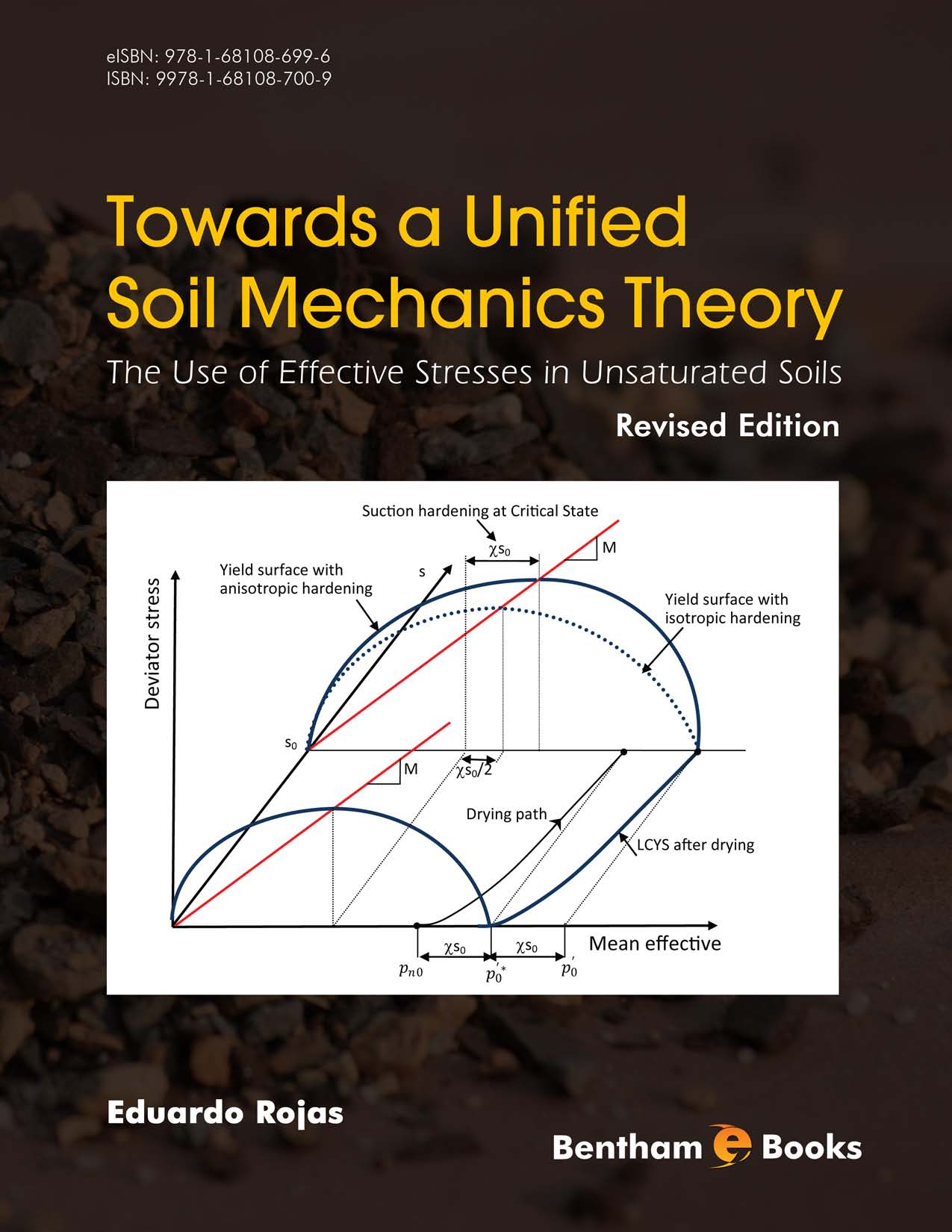 Towards a Unified Soil Mechanics Theory: The Use of Effective Stresses in Unsaturated Soil, Revised Edition

In this book, an analytical equation for the effective stress for unsaturated soils is established. This equation requires the knowledge of the superficial area of solids affected by the capillary phenomenon. In other words, we need to know how water distributes in the pores of the soil. This distribution can be modeled using a solid-porous model built on a regular network. However, the size of the network required to correctly simulate the structure of a small soil sample cannot be managed with a common PC. For that reason, a probabilistic porous-solid model is developed. This model uses the pore size distribution in the form of a probabilistic function which in addition to the Laplace equation and the principle of continuity can be expressed as the probability of a pore of certain size to be filled or dry at suction during a wetting or drying path, respectively. In this way, the soil-water retention curves can be simulated and the effective stress at any suction during wetting or drying processes can be determined. Based on this approach, it is shown that unsaturated soils behave under the same principles for strength and volumetric behavior as saturated soils.

This revised edition brings additional information about an elastoplastic framework for expansive soils, hydro-mechanical coupling and a fully coupled model. The additional chapters also cover the experimental parameters used to derive the models. An updated set of references and a list of abbreviations is also included in this edition.

Towards A Unified Soil Mechanics Theory paves the way for a universal theory of soil mechanics. The volume will be a valuable reference to civil engineers, earth scientists and hydrologists interested in soil mechanics at both academic and professional levels.

Applications of the Porous-Solid Model