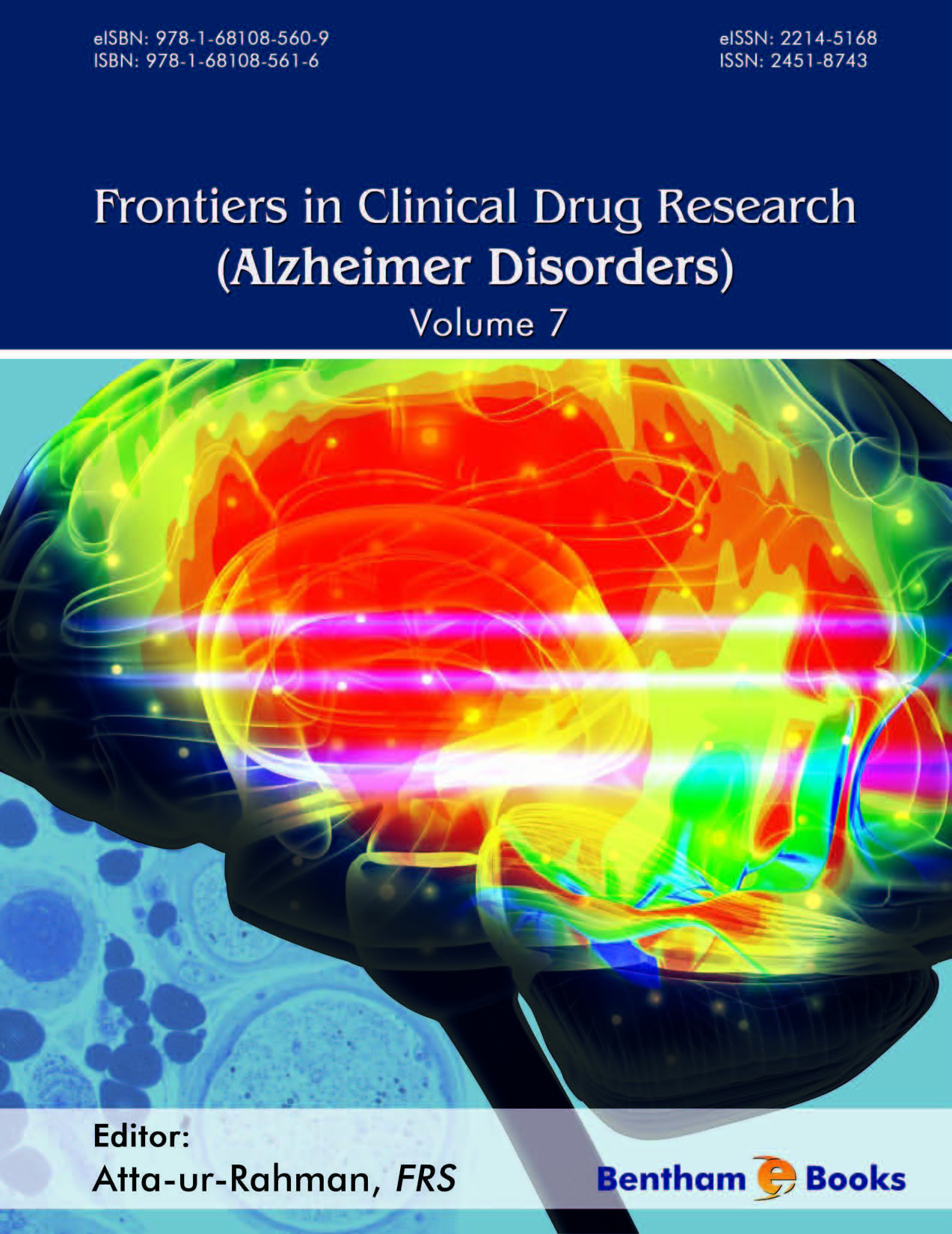 Frontiers in Clinical Drug Research - Alzheimer Disorders will be of particular interest to readers interested in drug therapy of this specific neurodegenerative condition and related brain disorders as the series provides relevant reviews written by experts in the field of Alzheimer’s disease research.

The seventh volume of this series features chapters covering critical discussions on AD biochemistry and new therapies. The reviews in this volume include:

Chapter 1 by Lavano et al., discusses the role of deep brain stimulation in the treatment of Alzheimer's disease (AD). In chapter 2, Romero et al., summarize the neuroprotective effects of ASS234 in counteracting several steps in the pathological processes of AD. Liu et al. in chapter 3 focus on recent advances in Alzheimer's drug discovery research. In Chapter 4, Ding and Zhu highlight the basic information and updates on the proteasome system and related cellular complexes.

In chapter 5, Bergantin discusses the fundamental concepts and current therapies to treat AD, including therapeutic outcomes resulting from the Ca2+/cAMP signalling interaction. Chapter 6 by Gottlieb et al., emphasizes the role of different non-pharmacological therapies administered by a multi-professional health team to maintain the acceptable quality of life for the elderly with AD. The last chapter by Sahu et al., discusses the scope and limitations of some currently marketed drugs in the management of AD.

The 7th volume of this book series represents the results of a huge amount of work by many eminent researchers. I am grateful to the authors for their excellent contributions. I would also like to express my gratitude to the editorial staff of Bentham Science Publishers, particularly Mr. Mahmood Alam (Director Publication), Mr. Shehzad Naqvi (Editorial Manager Publications) and Ms. Fariya Zulfiqar (Manager Publications) for their hard work and persistent efforts.