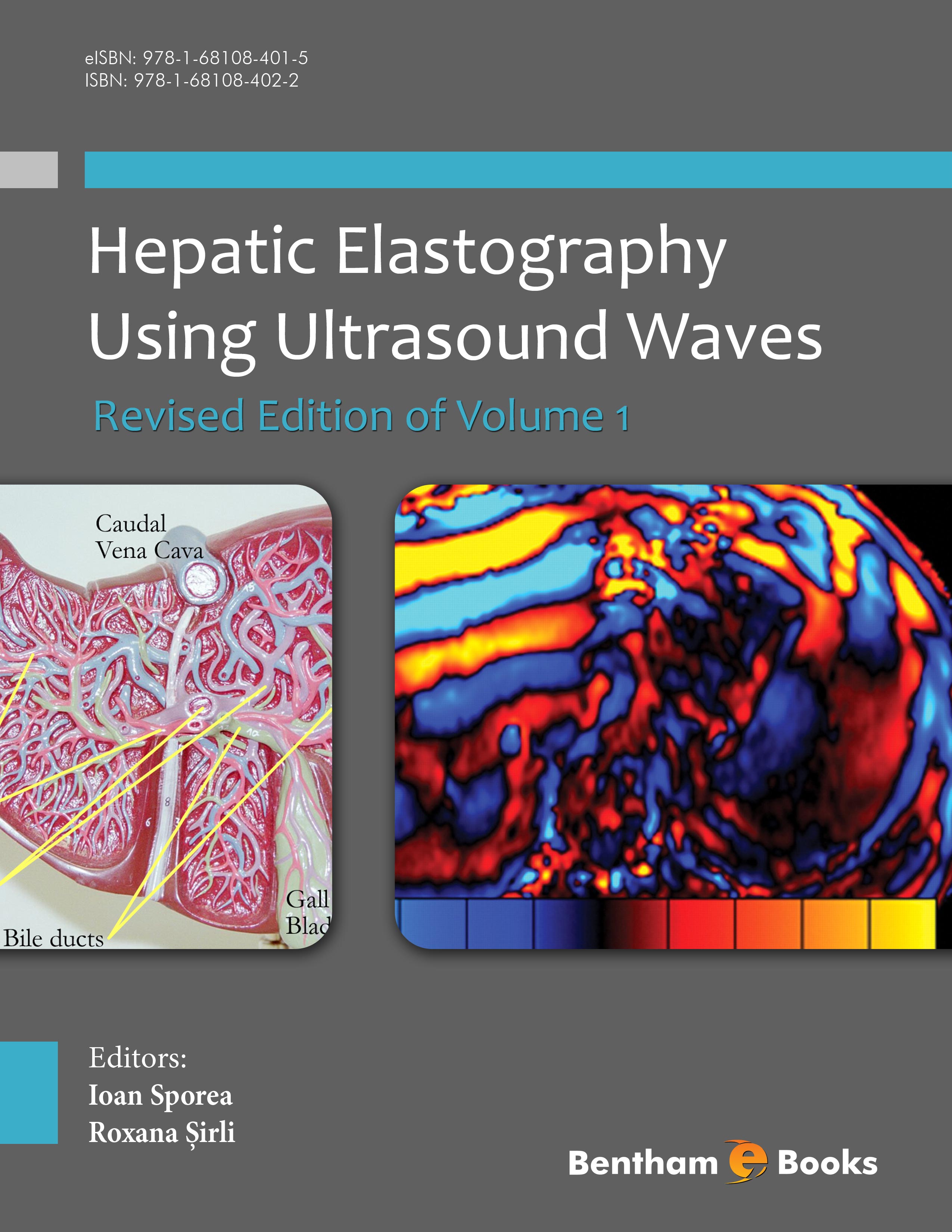 Liver biopsy (LB) is sometimes considered to be the "gold standard" for the evaluation of liver morphology in the diagnosis of chronic hepatopathies. A major disadvantage of LB is its invasiveness: the risk of post-biopsy discomfort for patients and sometimes, of serious complications; the lack of sensitivity to detect fibrosis, due to its heterogeneity and the difficulty to obtain adequate physical samples for pathological examination is also problematic. In these circumstances, the idea of LB as the "gold standard" for staging and grading chronic hepatitis in routine medical diagnoses is questionable.

Non-invasive methods such as ultrasound elastography provide an effective alternative for liver evaluation without the risk of complications that arise from liver biopsies. There are a number of variants of elastographic techniques which include transient elastography (FibroScan, Echosens), Acoustic Radiation Force Impulse (ARFI) elastography (Siemens S2000) and other methods of shear wave elastography.

Staging liver fibrosis severity is essential in chronic liver diseases work-out for prognosis and for decision regarding treatment. Until a few years ago, fibrosis evaluation was made only by means of a liver biopsy (LB) - the “gold standard” technique for staging, but also for grading liver diseases [1].

After percutaneous LB was introduced in daily practice in hepatology (some decades ago), it became an indispensable tool for liver disease assessment. It evaluates the fibrosis stage and activity grade, but it also reveals fatty infiltration or specific markers for some hepatic diseases (such as the Mallory bodies in alcoholic steatohepatitis). The morphologic examination is considered the “gold standard” method for assessing lesions’ severity in chronic hepatopathies and, until some years ago, was also considered mandatory for prognosis assessment.

An old problem of LB is that the specimen obtained is very small, only approximately 1/50,000 of the liver. Another issue is the uneven distribution of fibrosis in the liver. Also, an important problem is the specimen size. To be relevant, liver samples must be at least 2 to 4 cm long [2]. Other authors state that a specimen adequate for pathological examination should be longer than 25 mm and including more than 8 portal tracts [3] or, including at least 11 portal tracts [4]. Colloredo et al. [5] showed that the chance of underestimating fibrosis severity and necroinflammatory activity increases in parallel with the shortness of the liver sample. Bedossa et al. [6] imagined a mathematical model that predicted a 25% diagnostic error rate if the biopsy specimen was only 25 mm long. This model estimated that the optimal specimen hould be at least 40 mm long.

In daily practice, in many cases the liver specimen is suboptimal and can underestimate the fibrosis severity and necroinflammatory lesions. According to two multicentre studies performed in France, in up to 10-15% of cases the LB is uninterpretable due to the small size of the specimen [7]. In a previous multicentre Romanian study concerning the quality of liver sample obtained by percutaneous LB [8], only in half of the cases, the LB fragments were optimum for pathological interpretation, including more than 11 portal tracts, while in approximately two thirds of cases the fragments were only satisfactory (more than 8 portal tracts). In approximately 1/3 of cases, the tissue specimen was not good enough for a correct staging of liver disease (less than 8 portal tracts).

In a systematic review on the quality of LB specimens [9], it was demonstrated that major and minor complications occur during the procedure in up to 6% of cases, while 0.04 to 0.11% of them can be life threatening. In this review including more than 8,700 patients, in more than half of cases the mean length and mean number of portal tracts of LB specimens was much lower than the published minimum sample size requirements [5, 6] (only 42% of liver samples included at least 10 more) [9].

Another problem when evaluating the LB results is the inter- and intraobserver concordance. A study on the interobserver agreement in assessing LBs from patients with chronic hepatitis C showed concordant opinion in assessing fibrosis of 0.78 and for necroinflammatory activity of 0.48 if Knodell score was used. For the Metavir score, the concordance for fibrosis assessment was 0.80, and 0.56 for necroinflammatory activity [7].

With regard to the patients’ perspective, we must ask ourselves why patients are afraid of LB. The first reason is pain and discomfort, but also the risk of complications, which is low, but not zero. A paper published in 2010 presented the results of a study regarding elective percutaneous LBs performed using data collected by the National Health Service in England from 1998 to 2005 from 61,187 subjects [11]. Seven day mortality directly related to LB and bleeding episodes up to 7 days after biopsy were evaluated. The study revealed that death within 7 days, directly related to LB occurred, at most, in 1/10,000 biopsies, and that 6 episodes of major bleeding occurred per 1000 biopsies.

Thus, considering these limitations of LB in daily practice, maybe other methods can be used to evaluate the severity of liver lesions. Some years ago, hepatologists focused on non-invasive methods for the evaluation of liver diseases severity which could represent an alternative to LB. Some authors favor biological markers [13], some are in favor of elastographic methods [14, 15], while others consider that the combination of these methods can reduce the number of LBs [16, 17].

Indeed, the number of LBs performed across the world has decreased in the last years. In France, liver fibrosis in chronic hepatitis C patients can be assessed by means of LB or by non-invasive methods such as FibroTest or FibroScan®. In an American study from Beth Israel Medical Center New York which evaluated the last 15 years’ experience regarding LB, the number of LBs performed for chronic hepatitis C peaked in 2003, followed by an annual decrease, while the number of annual biopsies for chronic hepatitis B increased during the same period [18]. On the other hand, nowadays, when very potent drugs are available for HCV chronic infection, with a cure rate of more than 90-95%, the patients can be treated to cure the infection and to stop disease progression, without much interest regarding the disease severity. Fibrosis severity evaluation is used (or can be used) only to prioritize treatment, considering its current high cost.

Schiano [19] wrote an interesting editorial in Clinical Gastroenterology and Hepatology, concerning the LB (in autoimmune hepatitis). The title is a very provocative one: “To B(iopsy) or Not to B(iopsy)...”.

Thus, we can open the discussion concerning the future of LB ― “Quo vadis” liver biopsy? The question is if there still is a place for LB in the evaluation of chronic hepatopathies? This is a very provocative question and long debates have been known to develop regarding this topic. If LB can be avoided (at least in the majority of cases), is this strategy applicable only for chronic hepatitis C, or is it also possible in chronic hepatitis B? But what should we do regarding other chronic liver diseases, such as non-alcoholic steato-hepatitis (NASH), alcoholic liver disease (ALD), autoimmune hepatitis, cholestatic liver diseases, overlap syndrome or drug-induced liver injury (DILI) ?

The number of non-invasive methods for liver fibrosis assessment has increased in the last decade [20]. They can be: serum based tests (direct and indirect, the most frequently used in clinical practice being FibroTest) or imaging tests. The latter, becoming more popular every day, based either on ultrasound (Ultrasound based liver Elastography) or on magnetic resonance imaging (MR Elastography-MRE), are used for liver stiffness (LS) assessment, as a marker of fibrosis. Serologic tests evaluate both the necroinflammatory activity (ActiTest) and fibrosis (FibroTest) and can give information concerning fat infiltration or alcohol abuse (Fibro Max) [20].

The first method used for LS evaluation using ultrasound waves was Transient Elastography (FibroScan®, Echosens® France). Other techniques have been latterly developed, such as Real Time Elastography (by Hitachi) or Acoustic Radiation Force Impulse (ARFI) Elastography. They are used more and more, in daily practice and many papers have been published, proving their value. 2D Shear Waves Elastography (2D SWE) has been developed more recently.

This book intends to be an overview regarding the value of different elastographic methods using ultrasound waves for LS assessment, in patients with chronic liver diseases. Our team’s experience, together with published data from the latter years, offers the reader a perspective of the role that these methods play in the liver evaluation algorithm. Many papers concerning the value of different elastographic methods for LS evaluation have continued to be published, some considering LB as the reference method and others trying to demonstrate the non-inferiority of new elastographic methods, as compared to a validated method, such as Transient Elastography (FibroScan®).

At the end of this book, there is some information regarding the new development directions of elastography for the evaluation of focal liver lesions (FLL). The role of elastographic methods for FLL assessment has not yet been established, but some results have already been evidenced.

This e-book is the revised edition of Vol.1 of Hepatic Elastography Using Ultrasound Waves , presenting the most recent papers looking at the value of ultrasound based elastography for liver stiffness assessment. Rapid development in liver elastography, with new machines appearing in the market, made it imperative to produce this second edition, in which new guidelines and clinical recommendation have been included. We hope that readers of this book will gain enough practical information regarding all types of ultrasound based liver elastography, that will permit them to work with these methods in clinical practice. 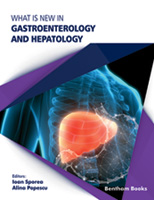