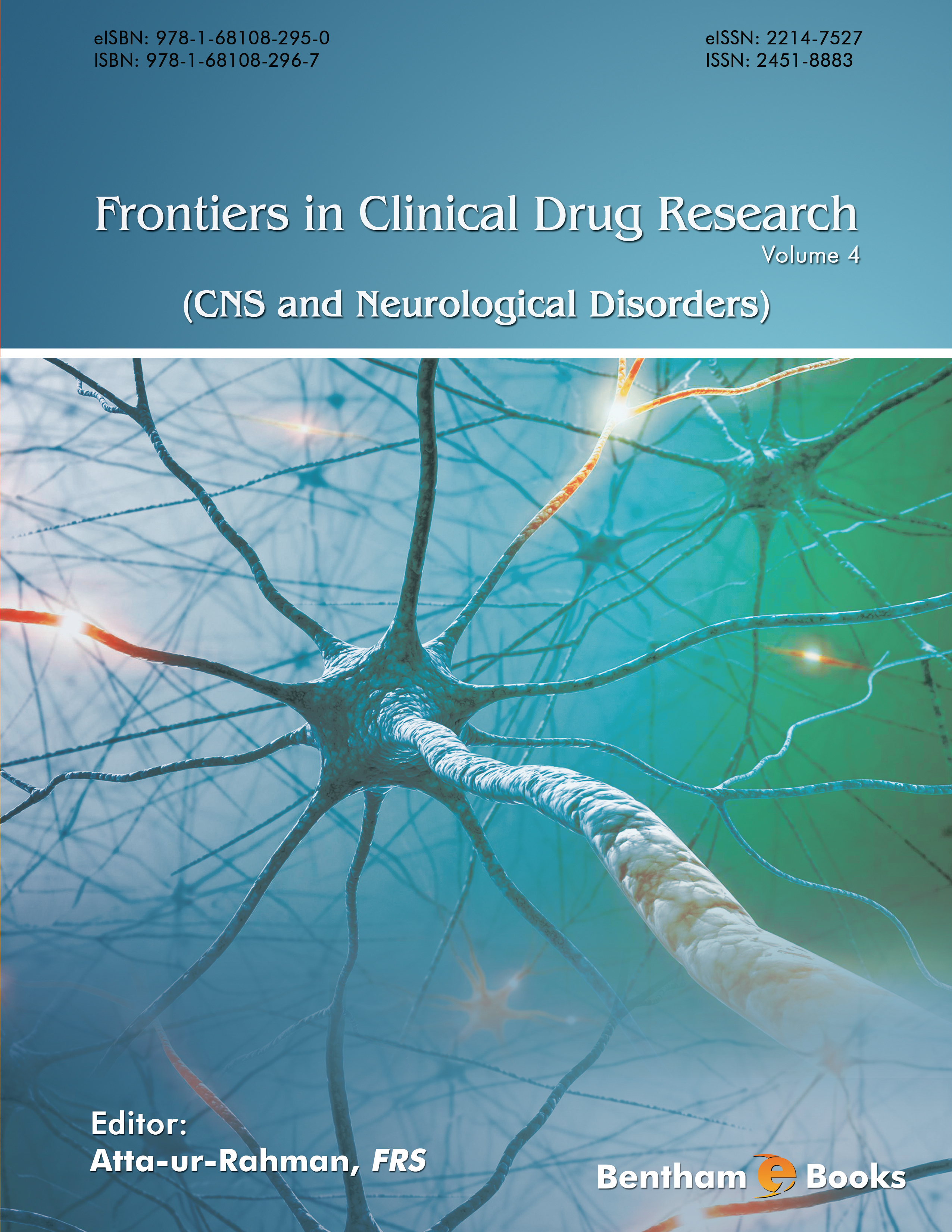 The fourth volume of this series features reviews that cover a variety of topics including:

The book series Frontiers in Clinical Drug Research – CNS and Neurological Disorders contains the most noteworthy recent developments for the treatment of several neurological disorders. The volume 4 of this book series is a collection of well written cutting edge reviews contributed by some of the most prominent researchers in the field.

Multiple sclerosis (MS) is a potentially disabling disease of the central nervous system in which the immune system attacks the myelin and causes communication complications between the brain and the body. It affects some two million persons across the world. In chapter 1, Rigolio et al. present an excellent overview of the old and new cellular and molecular therapeutic approaches to fight MS neurodegenerative progression.

Alzheimer’s disease (AD) is the most common age-related multifactorial neurodegenerative disease which is described as the failure of cognitive performance and behavioral capabilities and there is a desperate need for the treatment to prevent, stop or reverse this devastating disorder. The magnitude of the problem can be judged from the fact that of the 46.8 million people suffering from dementia worldwide, the majority belong to those suffering from AD and this number is expected to triple over the next 30 years. In chapter 2 Villegas et al. discuss several biomarkers for early detection, clinical trials under way on new drugs, and preclinical research involving different approaches to tackle Alzheimer’s disease.

Diabetic neuropathy (DN) is characterized by neurodegeneration associated with diabetes mellitus which belongs to the earliest and most frequent chronic diabetic complications. It may occur in clinical form or in subclinical form. High blood sugar affects nerve fibers throughout the body, but diabetic neuropathy most often damages nerves in the legs and feet. Vojtková et al. in chapter 4 present a comprehensive review about current possibilities and future perspectives in the management and treatment of diabetic neuropathy.

Migraine is a primary headache disorder characterized by moderate to severe recurrent headaches. Erdener & Dalkara in chapter 5 focus on the current and future therapeutic agents for acute and prophylactic migraine treatment and their mechanisms of action. In chapter 6, the Arsava and Dalkara present a review on developments in the treatment of acute ischemic stroke. They also discuss the recent advancements in the secondary prophylaxis of ischemic stroke.

The 4th volume of the book series represents the results of a significant amount of work by eminent researchers in the field. I am grateful to the authors for these valuable contributions. I also wish to thank the excellent team of Bentham Science Publishers, especially Mr. Shehzad Naqvi (Senior Manager Publications), led by Mr. Mahmood Alam (Director Publications), who deserve our appreciation.