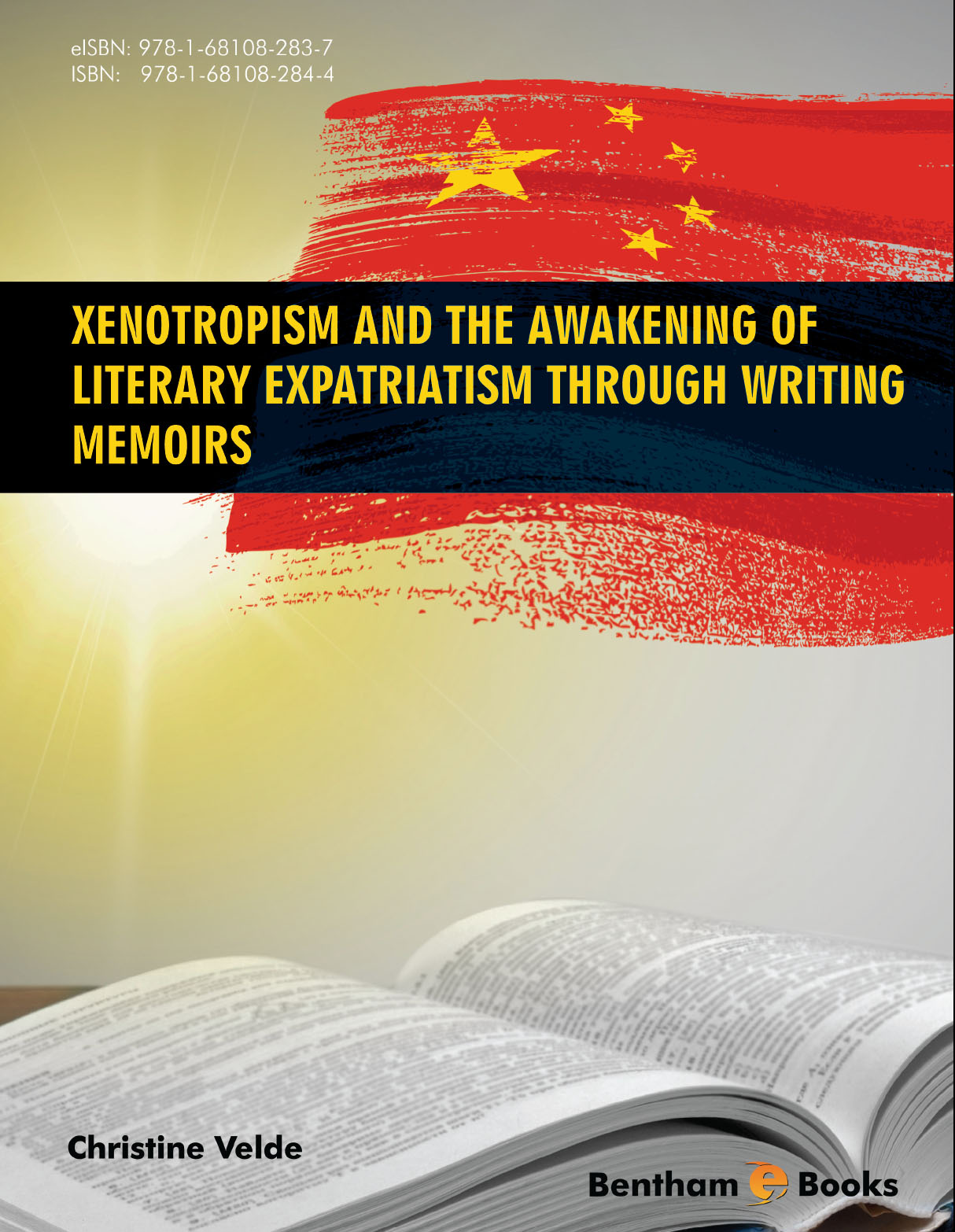 Xenotropism and the Awakening of Literary Expatriatism through Writing Memoir

Although there have been many discussions about challenges faced by individuals going through East to West migrations, there are few literary accounts about those moving from the West to the East. Yet these migrations are becoming more frequent now due to advances in technology and the fact that a writer’s work can now involve an increasingly global audience. One way of expressing these challenges is through writing memoirs.

Xenotropism and the Awakening of Literary Expatriatism through Writing Memoir exemplifies the craft of memoirs written while living in a foreign country and explains how this is different from writing from home. The book is a theoretical analysis of xenotropism based on the work of three prominent writers in China’s history: Emily Hahn, Nien Cheng and Qiu Xiaolong. The author explores the relationship between xenotropism (turning towards foreign ideals and practices), its complexities and challenges, and the writing of a memoir and its impact on mental health.

This discourse will contribute to new knowledge in the field of creative writing and Asian studies by illustrating how xenotropism or ‘turning towards foreign ideals and practices’ results in both personal and artistic development and builds an understanding and acceptance of different cultures within an individual. These processes of change and understanding, in turn, facilitate the writing of a memoir, which is a cathartic process having a positive effect on one’s mental state. Readers interested in creative writing or Asian literary studies will be able to understand the creative process behind writing memoirs from a combination of personal, research-based, literary and theoretical perspectives.

This book: Xenotropism and the Awakening of Literary Expatriatism through Writing Memoir, provides a theoretical analysis of xenotropism and undertakes an analysis of three prominent writers in China’s history: Emily Hahn (1905-1997), Nien Cheng (1915-2009) and Qiu Xiaolong (1953 -).

Emily Hahn, Nien Cheng and Qiu Xiaolong were focused upon because they represent different periods in Chinese history, from the early 1900s to the present day. Hahn, Cheng and Xiaolong exemplify three different types of separation from their home countries. Emily Hahn was an American expatriate working in China; Nien Cheng a political émigré, who fled from China to the USA during the Cultural Revolution. Similarly, Qiu Xiaolong is a Chinese exile who has lived in the USA since the late 1960s. Both Hahn and Cheng attempted to directly inform the West about China, through their writing.

Similarly, Xiaolong who is a prolific writer, informs the West about Chinese culture and history, through his character Inspector Chen in his series of detective novels. Hahn, Cheng and Xiaolong survived political persecution and traumas. They turned to writing as a cathartic process and to communicate their ideas to the West. Although Hahn, Cheng and Xiaolong had little choice because of their xenotropic circumstances, they felt they could write more objectively from the West about China, than from their home countries.

A qualitative research design was used which includes a literature review and an analysis of the results of interviews with 11 expatriates, completed in Shanghai during 2012. The interviews explored the challenges of turning to the foreign, through expatriation. Critical and literary sources such as memoirs written by Asian and western writers were examined.

Rebecca Saunder’s Concept of the Foreign provides many theoretical ideas about xenotropism. Writers such as Judith Barrington in Writing the Memoir, provide an explanation of the relationship between memory and the memoir genre. It is envisaged that the e-book will contribute to new knowledge in the field by illustrating that xenotropism or “turning to the foreign”, results in both personal and artistic development that facilitates the writing of a memoir. It will also show that the writing of memoir is a cathartic process which has positive benefits for mental health.

Although there have been discussions about the challenges faced through East to West migrations, writer Salman Akhtar argues that the literature about West to East migrations is meagre. Yet these migrations are becoming more frequent now due to the advances of technology and the fact that people’s work increasingly involves a global role. The challenges faced in adapting to a country vastly different from one’s own are many, such as those associated with culture, language and ways of living and working.

This e-book: Xenotropism and the Awakening of Literary Expatriatism through Writing Memoir aims to exemplify the craft of memoir written through living in a foreign country, and explain how this is different from writing from home. It will explicate the creation of memoir from a combination of personal, research-based, literary and theoretical perspectives. More specifically, it will show how xenotropism provided a conceptual framework for the memoir: Bound: An Expatriate’s Journey to China and Beyond (Christine Lavender, 2014). Information and links to “About Bound” are contained at the end of this e-book.

Importance to the Field

Much good writing has been published about expatriatism in China, examples of which are: Emily Hahn’s memoir China to Me (1944) and her biography of The Soong Sisters (1941); Nien Cheng’s memoir on Life and Death in Shanghai (1986); author J.G. Ballard’s novel Empire of the Sun (2005); and Xiaolong Qiu’s memoir Years of Red Dust (2010). There is an absence of memoirs which explore expatriate experiences and how xenotropism leads to transformation, in terms of both artistic and personal development. The use of xenotropism as a theoretical basis for the e-book injects a positive agency into the normally negative aspects of displacement and provides an artistic dimension to the tribulations of foreignness. The experience of xenotropism can initiate memoir writing and therefore presents a viable field for further research in the creative writing process.

Xenotropism creates change and transforms a person. Although one may consider this to be a normal expectation, the extent of the change and its impact on an individual’s future can be quite dramatic. The xenotropism of Emily Hahn, Nien Cheng and Qiu Xiaolong was examined through historical research of their lives and a critical analysis of their writing, which illuminates their respective experiences. The foreign experiences of contemporary expatriates living in Shanghai, is reported through an analysis of informal face to face interviews undertaken in 2012.

Further investigation of the impact of xenotropism on the trajectories of the lives of expatriates is essential to illustrate the challenges they face and how these are overcome. Through the illumination and writing of real stories, we may achieve a better understanding of the challenges faced by expatriates and the contributions they continue to make to our emerging global society. This book can help to fill this gap in the field and illuminate a path for other disciplines to follow. At the moment of writing, nothing seems to be more urgent for one’s artistic and personal development. It is through xenotropism that a person can move from being “bound” up in their own culture and traditions, to becoming “unbound” into a new hybrid form as a global citizen. Perhaps in this way, a real contribution can be made.