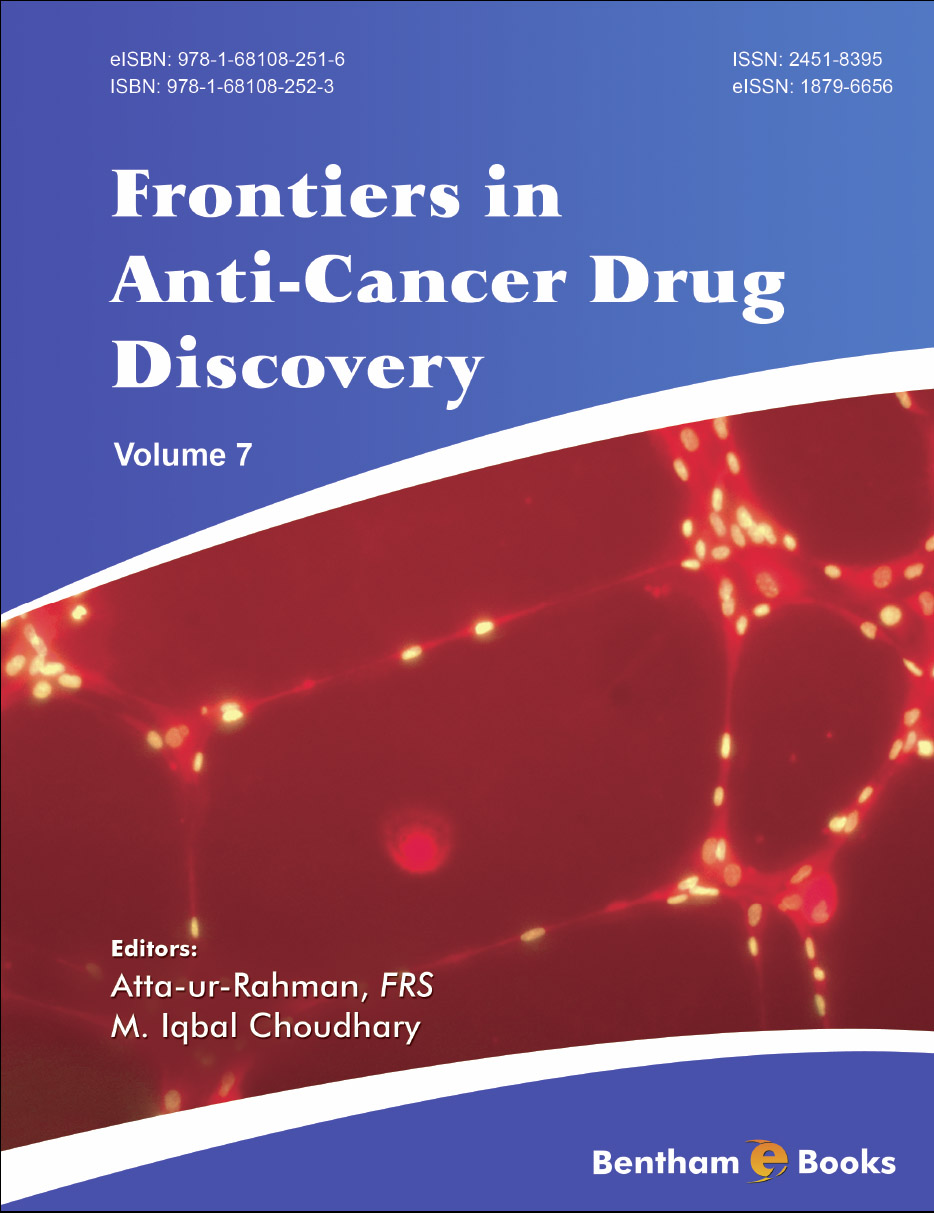 The seventh volume of the series features chapters covering the following topics:

Cancers are major causes of death today. Cancer incidents are far greater now than at any time in human history. Despite vigorous research in the fields of cellular and molecular biology of cancer cells, cancer genetics, cancer related proteomics, transcriptomics, and metabolomics, as well as medicinal chemistry, the successful treatment of various cancers has met with limited success. The main issue has been our inability to translate of most of the basic research discoveries into medicines that can substantially improve the treatment of many cancers. The problems are even more complex in cancer forms which are either very rare or highly heterogeneous. Cancer treatment thus is a grand challenge of our times. Scientists, and health care professionals in the academia, government, and in industries are striving to meet this mega challenge of the 21st century, apparent from the huge number of basic and epidemiological research publications. This has created a need of a focused book series, based on reviews of current literature by leading experts. The eBook series “Frontiers in Anti-Cancer Drug Discovery” is a humble effort to cater to this need.

The 7th volume of this internationally recognized books series comprises five comprehensive reviews, written by leading practitioners in this field. Each review is focused on certain important aspects of anti-cancer drug discovery and development, including identification of new molecular targets, and outcomes of pre-clinical and clinical studies on new drugs, and combination therapies.

Callejas González et al. have reviewed recent pre-clinical and clinical studies on various drugs against malignant pleural mesothelioma (MPM). It is a rare but highly aggressive cancer of the linings of the lungs and the chest wall, known as the pleur, caused by exposure to asbestos. Apart from surgical removal of the affected part, combination of chemotherapy, such as pemetrexed and cisplatin, is known to increase the median survival rate in MPM patents. The authors have extensively reviewed the results of various pre-clinical and clinical studies conducted on new and known combinations of chemotherapeutic agents against MPM. This includes mesothelin specific antibody and toxin therapies, gene therapy, interleukin-4 receptor toxins, dendritic cell vaccines, etc. The emphasis has been on improving the evolution of the disease and development of better clinical models for treatment.

The review contributed by Preto et al. gives a comprehensive account of the various therapeutic options available for the treatment of highly malignant and complex colorectal cancer (CRC). Starting from a detailed introduction of the disease, the authors have systematically reviewed the issues related to the conventional chemotherapeutic agents, such as specific EGFR signalling antagonists, including emerging resistance. This is followed by an interesting commentary of anti-cancer properties of short-chain fatty acids (SCFA), produced by symbiotic bacteria in colorectal environment. The potential of SCFA in the prevention and treatment of CRC is an interesting area of research. The potential of new class of metabolic inhibitors of glycolytic metabolism in colorectal cancer cells has also been discussed as new therapeutic adjuvants, in combination with other therapies. The review ends with a critical analysis of the literature on the development and use of nanoparticles for cancer therapies, for reducing their adverse effects.

Pancreatic cancer has a poor prognosis, even if diagnosed early. It spreads rapidly and is rarely detected in its early phases, making it a leading cause of cancer death. Surgical removal of cancerous pancreas, before metastases, is the most practiced treatment regimen. Chemotherapy against pancreatic cancer, though used frequently, has many limitations. Sridhar et al. have reviewed the most recent R&D on emerging new therapies against pancreatic cancers. The new drugs specifically target various growth factors and signalling molecules, including epidermal growth factors, and hedgehog signalling pathway. The pre-clinical and clinical outcomes of these drugs are presented in this article.

The review by Georgios M. Iatrakis is focussed on the role of adjuvant endocrine therapies in early breast cancer (BC) treatment. Endocrine adjuvant therapy plays an important role in the prevention, recurrence and treatment of hormone receptor-positive breast cancer. It has been shown to reduce the risk of recurrence and death from breast cancer. Tamoxifen (Tx) is a selective estrogen receptor modulator. Recent clinical trials on prolonged (10 years) Tx treatment of BC in certain categories of BC patients has led to significant reduction in mortality due to recurrence. Similarly, treatment with aromatase inhibitors (AIs), such as anastrozole, exemastane and letrozole has shown to have clinical outcome, often superior than the Tx. The author discuss in greater length the comparative advantage of the use of Tx versus AIs in various types of breast cancers.

Cyclin E is a member of the cyclin family of proteins. It binds to G1 phase Cdk2, which is required for transition from the G1 to S phase of the cell cycle that regulates cell division. At the molecular level, liver cancer is characterised by a disruption of cell cycle regulation through many molecular mechanisms, including over-expression of cylcins (cyclins D, A, E, and B). The review contributed by Nikki P. Lee presents the role of cyclin E in the regulation of cell cycle during liver cancer, focusing mainly on hepatocellular carcinoma (HCC). The potential use of cyclin E for HCC prognosis and treatment is also highlighted and discussed.

In the end, we wish to express our gratitude to the authors of the above cited reviews for their excellent scholarly contributions for the 7th volume of this eBook series. We also appreciate the efforts of the entire team of the Bentham Science Publishers for efficient processing. The skills and efforts of Ms. Fariya Zulfiqar (Assistant Manager Publications), Mr. Shehzad Naqvi (Senior Manager Publications) and the leadership of Mr. Mahmood Alam (Director Publications) are greatly appreciated. We also hope that like the previous volumes, the current volume will also receive wide readership and recognition.