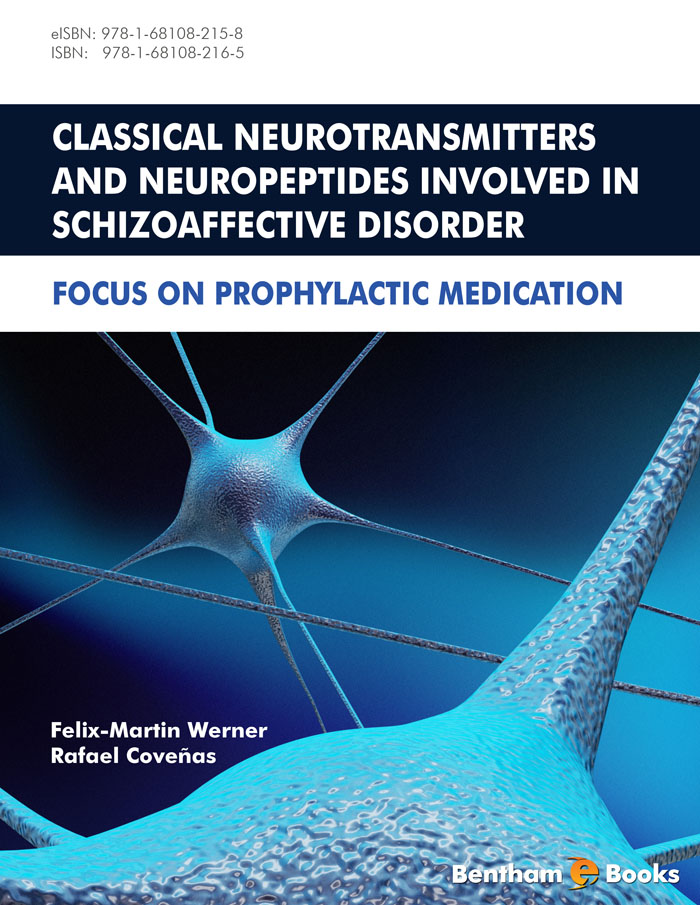 Schizoaffective disorder is a psychotic disease with schizophrenic and affective i.e. depressive and/or manic symptoms. The disease can result in different patient outcomes depending upon the treatment applied. Patients suffering from the disease have in increased vulnerability towards stress and need an appropriate prophylactic medication so that they can perform social and maybe professional activities. Classical Neurotransmitters and Neuropeptides involved in Schizoaffective Disorder is a brief monograph that gives readers an overview of frequent psychotic diseases affecting patients. The contents of the monograph include details about biochemical alterations of classical neurotransmitters and neuropeptides in specific regions of the human brain, the susceptible genes and cellular mechanisms behind schizoaffective disorder, the neural networks of schizoaffective disorder and prophylactic pharmacotherapies administered to patients. Three case reports which demonstrate the alterations of classical neurotransmitters and neuropeptides in the brain are also presented. This monograph is a useful guide for medical residents and clinicians in training who wish to understand the basics about treating patients suffering from schizoaffective disorder.

Patients with a schizoaffective disorder are met regularly in the psychiatrist’s practice and in psychiatric wards. Schizophrenic and affective symptoms show a great variety and the courses of the disease can have different outcomes. For patients’ rehabilitation and social integration into the familiar and, in some cases working lives, a prophylactic medication is of great importance. Because we have been working on classical neurotransmitters and neuropeptides involved in schizophrenia and in affective diseases, we describe here the alterations of these neuroactive substances in the brain regions involved in the schizophrenic and affective symptoms. In that way, possibilities of finding new agents acting at specific receptors of classical neurotransmitters and neuropeptides are pointed out. The schizoaffective disorder, which has a prevalance of 0.5% in the population, is undoubtedly an inheritable disease with an environment-gene interaction. Some of the discovered susceptibility genes and the functions of the encoded neuroactive substances involved in the pathophysiology of the disease are pointed out. We have established the relationships between the hypothalamic-adrenal axis and the altered neural networks found in the brain areas involved in schizophrenic and affective symptoms. Because we have published several review articles about neural networks in schizophrenia and major depression, we extended here these neural networks to the brain regions involved in schizophrenic and affective symptoms. An essential chapter has been focused on the prophylactic medication. The different prophylactic medications consider the different forms of the disease. Besides, adverse effects and disease symptoms are mentioned, and the additional pharmacotherapies of these adverse effects and symptoms are mentioned, including the current availabe drugs. Some recently developed antipsychotic drugs such as lurasidone and cariprazine with a different mechanism of action are included as well. Patients’ well being is very important. Therefore, it is essential to choose an appropriate prophylactic drug and to support the patients’ adherence to the pharmacotherapy through psychoeducation and a social integration. Moreover, this e-book gives a hint to pharmaceutical firms to improve the prophylactic medication by presenting the specific subreceptors involved, on which new pharmacological agents could exert an improved or additional therapeutic effect.

The authors would like to thank Mr. Nikolas Skinner (University of Salamanca, Spain) for revising the English language

The authors declare that this ebook contents have no conflicts of interest.