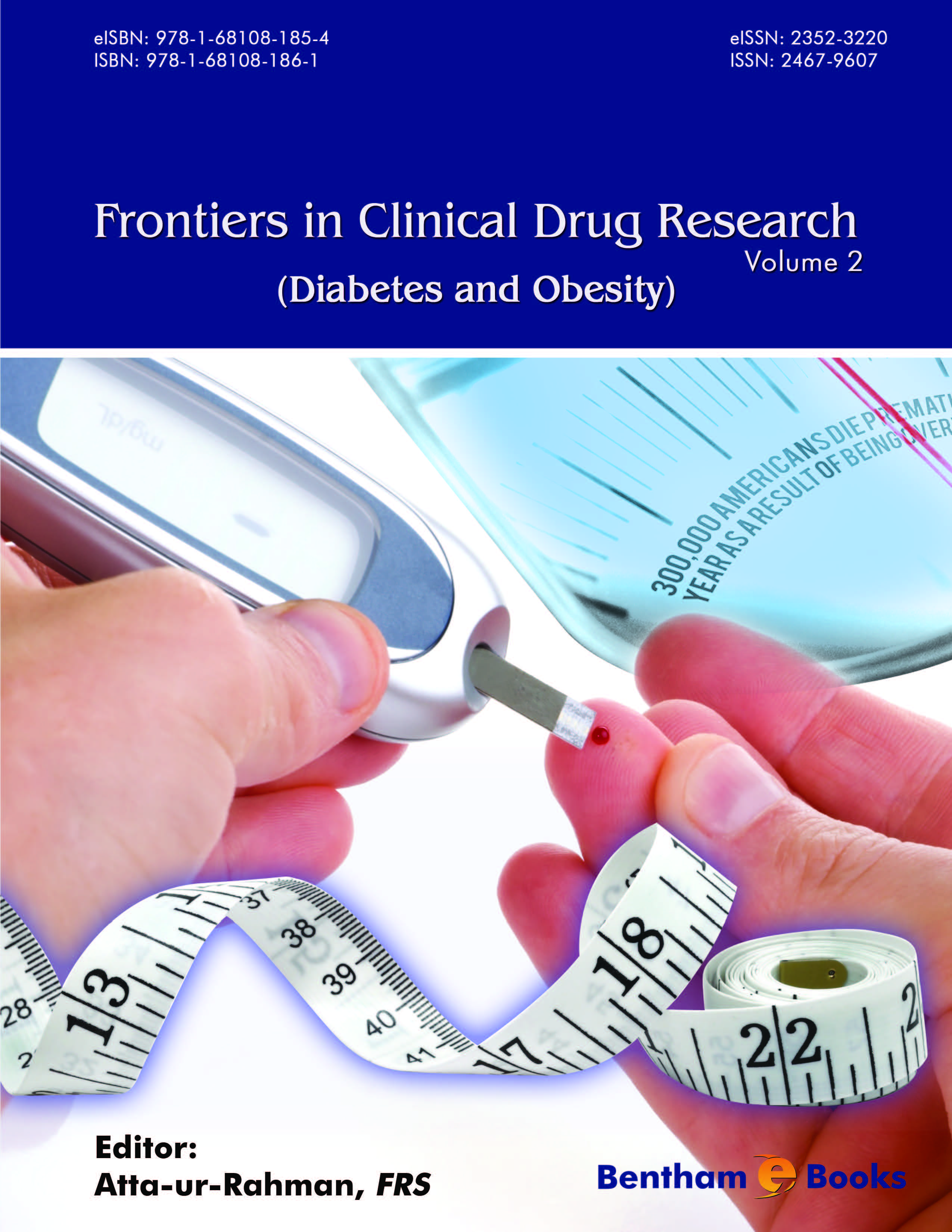 The second volume of this series features 7 reviews presenting updates on hormones and several classes of drugs:

In Chapter 1, Kaji discusses the clinical trials conducted for evaluating the current, emerging and future medications for treating Type 2 diabetes and obesity. They also highlight the new drug candidates that are under consideration.

Overweight and obesity are the risk factors for type 2 diabetes and they also influence the overall prognosis. In Chapter 2, Abel and Lengyel emphasize that in order to prevent the development of complications, the antidiabetic therapies are designed to reduce and maintain the glucose concentrations.

Kidney plays a vital role in maintaining the level of glucose production and absorption. The major portion of glucose that enters into the kidney is reabsorbed in the tubular system, which helps in maintaining the glucose plasma level. Due to certain malfunctioning, glucose may not get properly reabsorbed in the tubular system that can lead to the condition of glycosuria. Sodium-coupled glucose transporters 2 (SGLTs-2) play an important role in glucose reabsorption. In Chapter 3 Papazafiropoulou and Kardara highlight the role of Sodium-Glucose Co-Transport Inhibitors as a new therapeutic approach for type 2 diabetes mellitus.

Kanazawa draws attention towards the impact of Osteocalcin on glucose metabolism in Chapter 4. Osteocalcin prevents the risk of diabetes mellitus by increasing the expression of insulin in pancreatic b-cells as well as adiponectin in adipocytes. Kanazawa presents an overview of the clinical studies, suggesting that glucose homeostasis and bone metabolism is linked together through the action of osteocalcin.

In Chapter 5, Channabasappa and Prasanna Kumar review the various new targets for diabetes and they propose that long acting GLP-1 (Glucagon-like Peptide-1 ) analogues, DPP-4 (Dipeptidyl peptidase-4) inhibitors and newer gliptins may be important in the discovery of anti-diabetic therapies. Similarly, in Chapter 6, Li et al. focus on incretin impairment that commonly exists in both obesity and diabetes, so it is necessary to work on incretin based therapies for the prevention and cure of diabetes and obesity.

In Chapter 7, Vallianou and colleagues discuss the importance of GLP-1 receptor agonists, and the 5- HT2C selective serotonin receptor agonists oxyntomodulin, oxytocin, orexin and PPARγ (peroxisome proliferator agonist receptor γ) that seem to be effective in the eradication of obesity.