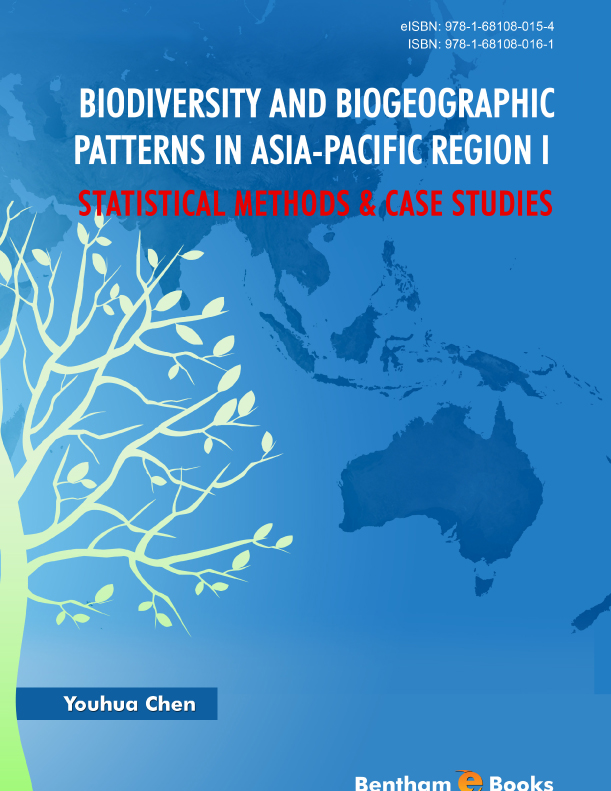 Biodiversity and Biogeographic Patterns in Asia-Pacific Region I: Statistical Methods and Case Studies

This brief book is dedicated to the quantitative analyses and systematic discussion of spatial biodiversity and biogeographic patterns in the Asia‐pacific region comprised of China, India and adjacent countries. The book is split into two sections. The first section presents readers with detailed statistical methods to conduct spatial macro‐biodiversity and biogeography analyses. Step-by-step instructions on how to perform these statistical methods by using the statistical program R are also provided. In the second part, different quantitative case studies are presented covering several topics, including phylogenetics, spatial statistics, multivariate statistics and ecological genomics. Each case study concludes with a detailed interpretation of the quantitative results and how these results are relevant to local and regional ecological processes. This reference is suitable for academics interested in biostatistics biodiversity and ecological studies specific to the Asia Pacific region and China.
Indexed in: Book Citation Index, Science Edition, BIOSIS Previews; Zoological Record, EBSCO, Ulrich's Periodicals Directory

In the past several decades, biodiversity conservation has gradually become a mainstream sub-discipline in contemporary biology. The importance of biodiversity conservation is straightforward for non-scientists to understand because in this post-industrialization and information-based era, people become more aware about the harmony between human being, society and nature. Biodiversity science is a leading multidisciplinary science in 21st century.

In tropical and temperate Asia, there are two BRICS countries: India and China, both are giant and developing countries. At the end of 2013, human population sizes of both countries rank at the top two across the nations of the whole world. Species extinction and biodiversity conservation in these areas is definitely challenging and urgent because of the expanding population, environmental pollution, rapid urbanization and industrialization.

This book is dedicated to the quantitative analyses and systematic discussion of spatial biodiversity and biogeographic patterns in Asia-pacific region, including China, India and other south-eastern Asian countries. In the book, for the first part, the modern statistical and numerical methods have been introduced to the readers to tell them how to conduct spatial macro-biodiversity and biogeography analyses. These statistical methods have been widely used by researchers that are still active in the field of biodiversity and ecology. In second part of the book, different case studies over the region were provided, which covered very broad topics using many quantitative methods that have been introduced in the first part of the book, including phylogenetics, spatial statistics, multivariate statistics and others. As case studies, I provided detailed interpretation of the quantitative results and how these results are relevant to local and regional ecological processes. The book is suitable for anyone interested in biodiversity conservation to read. In particular, it is adequate for the undergraduate students that need a textbook to learn ecological methods and graduate students and scholars that need to know the recent advances in the field of biodiversity conservation, biogeography and macroecology.

The key features of my book are,

2. The book focuses on discussing the statistical methods on spatial biodiversity and biogeography patterns, thus may be of interests to academic researchers.

3. The statistical methods in my book cover a broad range and represent the most up-to-dated ones that are widely used in current biodiversity and macroecology studies, including spatial statistics, phylogenetic theory, neutral networks and ecological genomics.

The audience of the book includes university libraries, academic scholars and professors, graduate and undergraduate students.

Writing of the book has been generously supported by the China Scholarship Council. I am very grateful to Prof. Juan J. Morrone, one of the most eminent biogeographers, for kindly writing the foreword for my book and supporting my researches for a long time since we know each other. At last, this book is dedicated to my parents (Fashen Chen and Yuying Zhong) and my sisters (Ying, Fang and Yuan) for their love and support. Definitely, I can not complete this book without them behind my back.

The author confirms that this eBook contents have no conflict of interest. 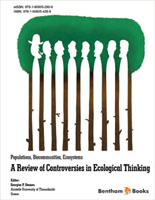 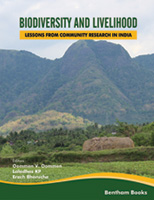