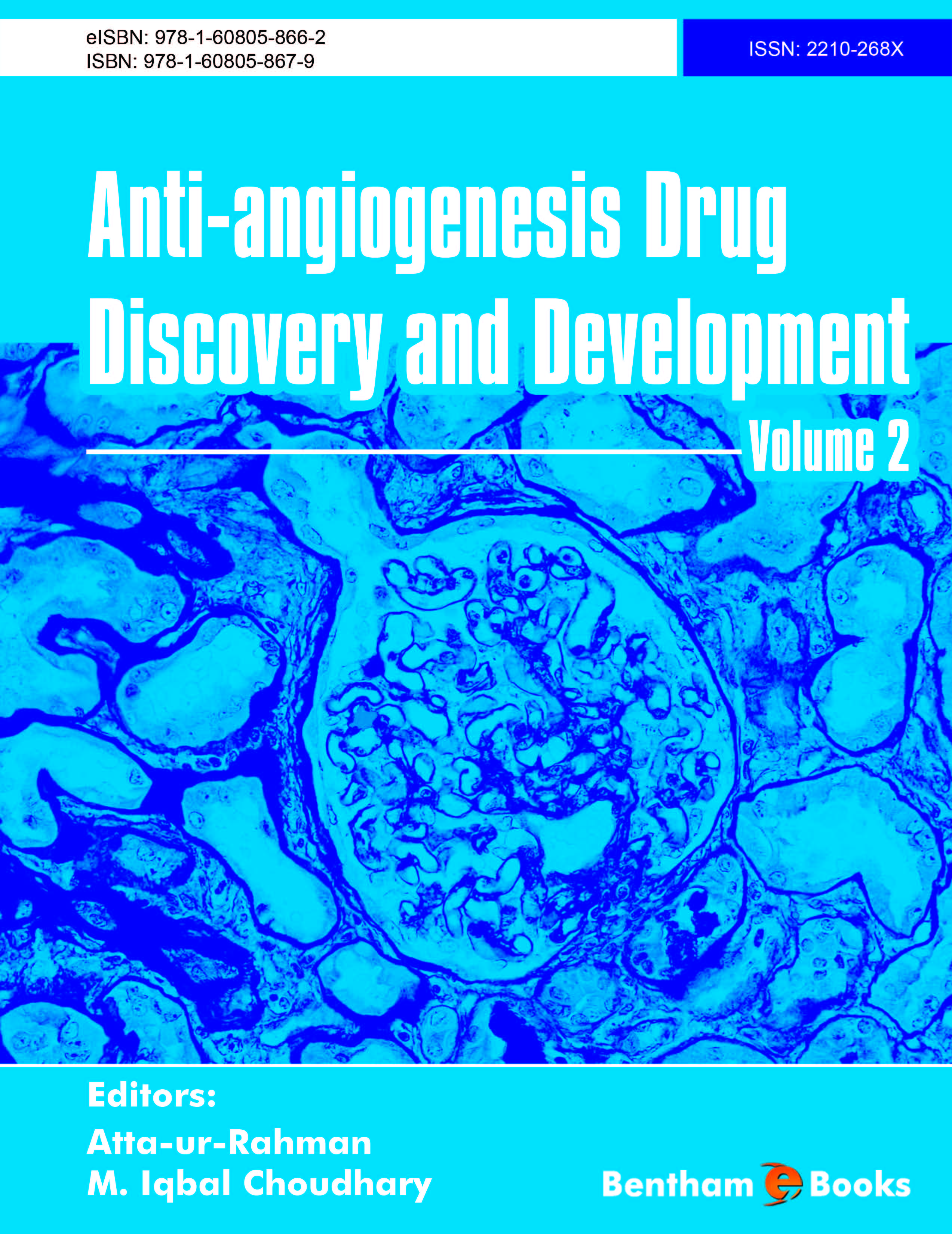 The inhibition of angiogenesis is an effective mechanism of slowing down tumor growth and malignancies. The process of induction or pro-angiogenesis is highly desirable for the treatment of cardiovascular diseases, wound healing disorders, etc. Efforts to understand the molecular basis, both for inhibition and induction, have yielded fascinating results.

Anti-angiogenesis Drug Discovery and Development provides is an excellent compilation of well-written reviews on various aspects of the anti-angiogenesis process. These reviews have been contributed by leading practitioners in drug discovery science and highlight the major developments in this exciting field in the last two recent decades. The feast of these reader-friendly reviews on topics of great scientific importance – many of which are considered significant medical breakthroughs, makes this book excellent reading both for the novice as well as for expert medicinal chemists and clinicians.

The second volume of this ebook series covers topics including:

Angiogenesis is one of the most important processes in the life cycles of higher animals, both in normal physiology, and in pathophysiology. The growth of new blood vessels modulates many processes including reproduction and development of cells, wound heating, etc. The molecular cascade of angiogenesis is tightly regulated by inhibitors and stimulators. Upregulation and disruption of angiogenic factors play key roles in the tumor growth and metastasis. Angiogenesis is also a key actor in cancer and other diseases. The discovery of angiogenic inhibitors is a promising approach for the treatment of various diseases, including cancers. The modern research in this area takes benefit of the understanding of angiogenisis at the molecular level. Key targets has been identified, and a large number of small molecular inhibitors have been discovered, which influence the angiogenic pathway in a very subtle manner. The developments in this field are fast and exciting, and deserve attention of both the drug discovery scientists, and the general public.

Volume 2 of this ebook series entitled, “Anti-angiogenesis Drug Discovery and Development”, is an outstanding collection of well written articles in this important field. The first volume of this series was greatly appreciated by the readers. The second volume is a continuation of the some high quality compilation of focused articles.

The first review by Parida and Mandal focuses on defining the complex mechanism of angiogenesis, and the recent advances in therapeutics which target the process at various points. These drugs and drugs candidates interact with various targets in the angiogenic cascade, and generate considerable disease response. Akita in his review describes various in vitro assays / bioassays, used in the discovery of anti-angiogenic agents. These range from culturing techniques to capillary tube degradation and cell migration. The objective is to punitively assess the anti-angiogenic effects of drug candidates.

Hilmi and Pagès have reviewed various targets in angiogenesis in clear cell renal carcinoma (CCRCC). CCRCC is widely used for the study of the implications of angiogenesis in cancer. This has been taken as a model to understand the process of angiogenesis at molecular and cellular levels as well as to understand which of these targets can yield optimal therapeutic response. The success and failure of various antiagiogenic agents in clinical practices has also been reviewed. Oxidative stress plays an important role in the on-set of many diseases. In cancer progression, oxidative stress is the primary cause of the up-regulation of several pro-angiogenic factors. Philips et al have contributed an excellent review on the role of antioxidants, both single molecules as well as plant extracts, and their combination, as supplement regimen to inhibit the invasiveness of several cancers. Gude et al have reviewed studies on novel anti-cancer strategies, based on striking the balance between pro-angiogenic and anti-angiogenic molecules. They have also summarized various molecules of both synthetic and natural origins which inhibit the process of angiogenesis and can be used for the treatment of cancers. Ovarian cancer is among the most lethal malignancies. Currently the available drugs are less than adequate for its treatment. The discovery of new antiangiogenics can open the way for better treatment, and improve overall survival in ovarian cancer. Maile at al has attributed an excellent review on this topic. Mc Murray and Klostergaard present a well referenced review on STAT3 (Signal Transducer and activator of Transcription 3) and its role in angiogenesis. STAT3 signaling activation has been identified as a valid target for drug discovery. Inhibition of STAT3 activation is achieved by inhibiting the interaction between the tumor cells and stromal compartment. The review summarizes decades of research work on small molecule-mediated inhibition of STAT3.

This volume is the result of hard work of so many eminent contributors, for which we express our profound gratitude. We also like to acknowledge the commitment and untiring efforts of the outstanding team of the Bentham Science Publishers, led by Mr. Mahmood Alam, Director Bentham Science Publishers. The efforts of Ms. Sara Yasir, Manager Publications, deserve special appreciation.