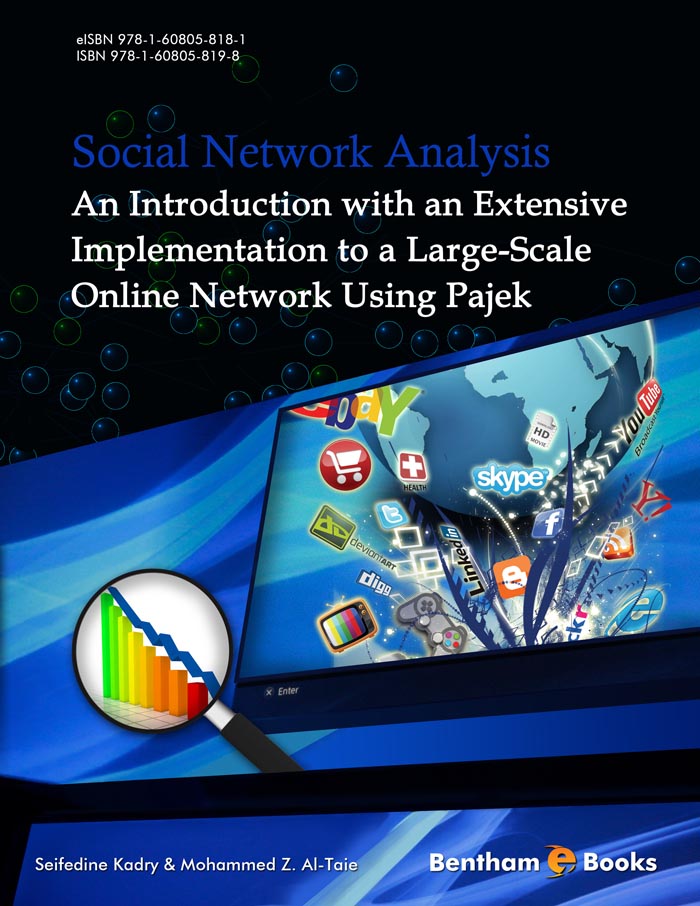 Social Network Analysis: An Introduction with an Extensive Implementation to a Large-Scale Online Network Using Pajek

This brief textbook explains the principles of social network analysis. The book goes beyond theoretical concepts and gives the reader complete knowledge about how to apply analytical techniques using Pajek to perform a large-scale network analysis. The book covers the topic in 2 sections – the first detailing fundamentals of research design and the next one about methods and applications. Readers can then apply the techniques in this book to other online communities, such as Facebook and Twitter. The book is intended for networking students and general readers who want to learn the basics without going deep into mathematical methods. It is also useful for researchers and professionals from other fields seeking to understand the basics of large-scale social network analysis.

Social network analysis focuses on ties among people, groups of people, organizations and countries. These ties combine to form networks. It has become a powerful methodological tool alongside statistics.

The book lies in a series of textbooks that explain the principles of social network analysis. Furthermore, it gives the reader a complete applicatory knowledge to perform a large-scale network analysis. Interested readers can apply the analysis techniques used in this book to other online social communities, such as Facebook, MySpace, etc.

The book consists of two main parts. The first part (part I) gives the elementary concepts of social network analysis, while the second part (part II) represents the methodological and the practical portion of the book.

The first part starts with an introduction to the main concepts used in this field, such as types of networks, graph theory, social networks and social network analysis, properties of networks etc. Then, it is followed by a brief description to some of the common tools that are used by scientists and researchers to analyze networks. Among those are Pajek, UCINET, Network Workbench and others.

Then, it moves to show where social network analysis can be applied, as it can be useful in a number of fields such as recommender systems, business, software development, health, animal social networks and so on.

The second part of the book is dedicated to show how we can practically analyze an on-line community, from different sides, using techniques of social network analysis and learn how to deduce the main features of that network, with the help of Pajek, a tool used to analyze and visualize large-scale networks. The analysis deals with a well-known Web-based community that is 'Book Crossing'.

Book Crossing website is a place where people, of different ages and from different locations (who are interested in reading books), put their ratings for the books they read. Thus, users supply important information and provide the opportunity for others to make use of the feedback with no need to buy the book beforehand.

The processing of that website comes from two angles: The first angle focuses on the direct relations between users and books. Many things can be inferred from this part of the analysis such as who is more interested in book reading and why? Which books are most popular and which users are most active and why?

What does it mean when two users like the same book? Is it the same as when two other users like thousand books instead of just one? Who is more likely to be a friend with whom and why? Is there any person in the community who is more qualified to establish large circles of social relations? These questions (and others) are to be answered throughout the other part of the analysis, which will take us to probe the potential social relations that exist within this community. Although these relationships are not showing explicitly, they can be induced with the help of affiliation network analysis and techniques such as m-slice and ego-network analyses.

The book is intended for students and public readers who want to learn the basics of social network analysis without going deep into its mathematical and statistical methods. We believe that many of them are interested in the application of social network analysis rather than in its mathematical properties. Therefore, part I of the book can be a good reference for them. The book is also good for researchers and practitioners aiming at understanding how the process of large-scale network analysis goes on. The second part of the book is probably more interesting to them.

We would like to thank all reviewers for their insightful and valuable comments that improved the quality and readability of the eBook. We would also like to acknowledge all the Bentham team and especially Salma Sarfaraz for the help and support.