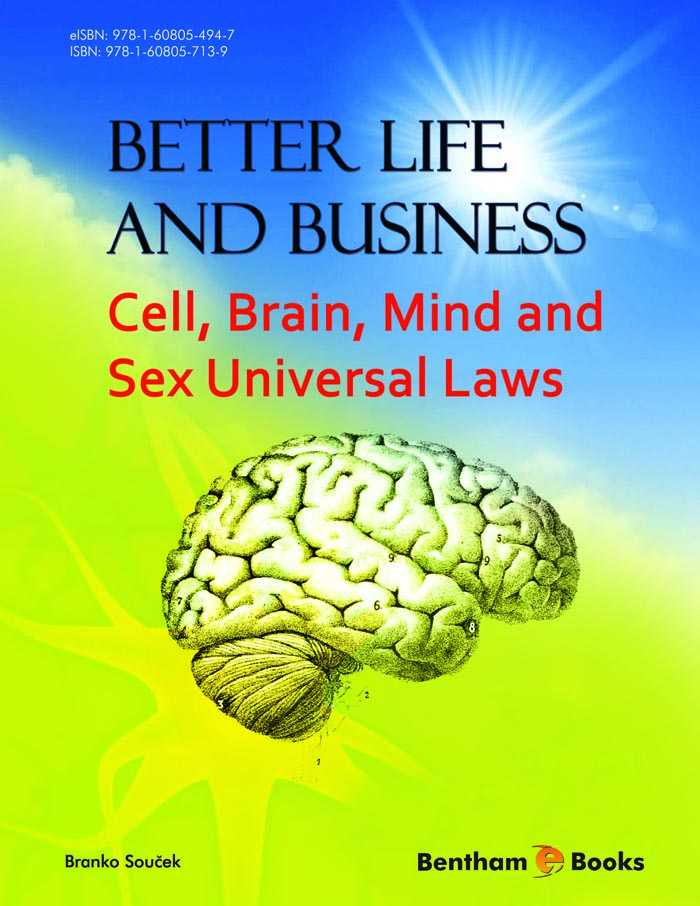 Background and Purpose: This work develops the BET and signs theory as a complement to the genetic DNA code. It explains in a new way the learning and information processing in neural networks. The neural network generates various Brain Event Trains, BET. The network’s best BET is the best thing that it can do. BETs occur simultaneously at different points in the brain and they form the Signs BILO, COMET, SAVA, CON, communication patterns, verbal stories, mnemonic measurement and compression, mind, perception and consciousness. &lt;/p&gt;&lt;p&gt; Material and Methods: The brain generates various event trains using internal systems: univibrator, one-shot, and other electrochemical brain units. The event trains participate in the Prefrontal Cortex, Thalamus, Basal ganglion loops. The theory and the computer model explain the BET, BILO, COMET, SAVA and CON interactions in the learning, reasoning and consciousness. &lt;/p&gt;&lt;p&gt; Results: The neuron has resistive and capacitive properties: it allows selective flow of ions; and also it can store charges. The resulting charging and recovering time constants determine the flow of voltages. This is a base of the neural monostable systems, memory and learning. The monostable system, after being triggered, is in the quasi stable state. Usually the triggering of the system is repeated when the capacitor voltage reaches its stationary value. But if triggered at random, the system can receive the triggering signal during the recovery period, when the capacitor voltage is different from the stationary value. The brain event trains and signs are formed, and explained by the BET, BILO, COMET, SAVA and CON laws. &lt;/p&gt;&lt;p&gt; Conclusions: By adjusting the rate of triggering and the internal time constants, brain generates various brain event trains: Poisson; almost Poisson; uniform distribution; almost periodic. Many event trains are active simultaneously in the brain and mind tissue. The time intervals of trains cover a broad range from 0 to 1225 ms, with the peaks in 3,6; 25; 175 and 1225 ms. These event trains support the links between the brain agents. The links and the agents support the brain functions in the Self Organization SO of Understanding U, Consciousness C, Emotions E and Knowledge K. This is a nested, fractal, dynamic, fuzzy loop of the trains and signs. The brain signs are the pieces of mosaic used to build the mind. The assemblage of Genetic Signs is a crop of the signs developed through evolution and stored in DNA. The assemblage of Learned Signs is a crop of personal and of learned experience stored in the long term memory. The genetic and learned signs are stored in the dispersed neural networks: in 25 billion of neurons; some of which with thousands of synapses; hence with many thousands of billions interconnections; with the prefrontal cortex large pyramidal neurons; with high arborisation and spine density. The Consciousness content and certainty are dispersed over the cortex. This is why the lesion of prefrontal lobes disintegrates the sequences, but preserves the fragments. The theory, with over 100 equations, is in excellent agreement with the experimental data, for both, human and animal brains.