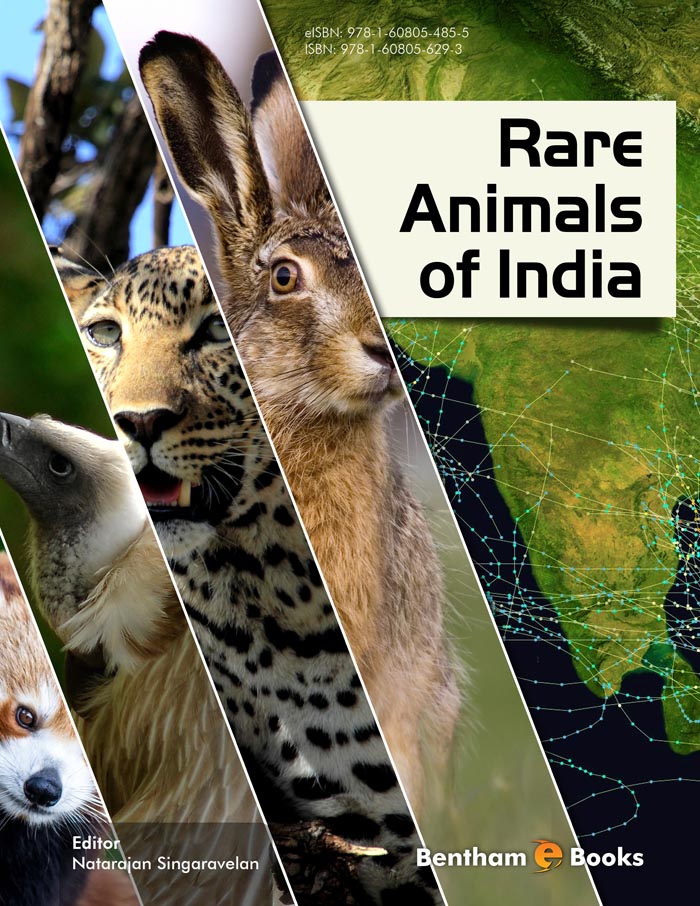 Rare Animals of India is a unique book that presents the biological and ecological accounts of the least known animal species of India in one comprehensive volume. The book gives comprehensive ecological accounts supported with data tables on rare and specific animal species of India and discusses the basis for their rarity for their conservation. It includes information about the Indian Gharial (Gavialis gangeticus) the endangered Forest Owlet (Heteroglaux blewitti), the Bengal Marsh Mongoose, Snow Leopards and many more. Readers are guided through several chapters each detailing a specific kind of animal, some of them being on the list of endangered species. With over 150 color illustrations, this intriguing reference will be of immense interest to zoologists, ecologists, naturalists and conservation biologists as well as general readers across the world interested in studying such rare or least known animals found in the length and breadth of the Indian region.

Globally, the extinction rate of species is on the rise. Furthermore, even the IUCN red list status of most animals witnessing a promotion over the years. Living Planet Index (LPI) is a robust measure of world’s biodiversity status, which has been adopted by Convention on Biological Diversity (CBD) as a reliable indicator to take rigorous action to halt the loss of biodiversity.

According to Living Plant Report 2012, wildlife populations in the world’s tropical regions have fallen by more than 60% in the past four decades. When compared to its 1970 baseline data, wildlife population is declined by 64% in Indo-Pacific regions due to various human activities like deforestation, habitat loss, over-fishing, pollution and climate change. This rings the warning bell to a wider section of people; conservation biologists, wildlife enthusiasts, environmentalists, forest officials, policy makers and common people, who strive saving them. Thus, there is a pressing need to save the species which are on the verge of extinction. Thorough understanding of and knowledge on such rare animals’ biology and ecology is the very first step towards any such conservation efforts. India is one among wildlife-rich countries enriched with amazing biodiversity.

According to recent studies, India is one amongst the 12 ‘megadiverse’ countries that collectively account for 60-70% of world’s biodiversity. This subcontinent is home for about 81000 animal species. Of which, it has 7.6% of all mammalian, 12.6% of all avian, 6.2% of all reptilian species, comprising several endemic and some rare to extremely rarest species. In India, we have many rare species. The definition of rarity may vary which is contingent both on global population size and distribution range. For instance, a species becomes rare when its population size is so small. But a species with reasonably good population size can still be a rare species when their distribution range is so tiny.

I deliberately entitled this eBook “Rare Animals of India”, which features and documents mostly the species, which has the IUCN red list status of either Critically Endangered or Endangered. Here one might wonder, whether the eBook deals all animal species belonging to such categories, but is not the case. Take for instance, Royal Bengal Tiger and Asiatic Lion, these carnivores are endangered though, we have enough information on them in all forms of literature (i.e., books, journals, monographs etc.). But there remains several rare species for which the ecological information is strewn and often dormant in grey literature like technical reports, conference proceedings, and in obscure journals.

This eBook is a pioneering attempt to unify the ecological and conservation information of such rare and little known animals across the length and breadth of India. Of late, Ministry of Environment and Forests (MoEF), India, compiled a list of critically endangered species of India and released a booklet just in March, 2011. This booklet only showcases pictures of all critically endangered species with a very brief description. Indeed, the proposal for this eBook made in the last quarter of 2009. But the compiling of this eBook inordinately delayed almost over a couple of years due to some unavoidable reasons. I selectively and intentionally included only the species which are rare and little known/studied. In exception, I included some endemic species which are not endangered, but the information on such species is very scanty and also because of the tiny distributional range.

This eBook is aimed at audiences spanning wildlife professionals and students, naturalists, environmentalists, governmental and non-governmental agencies, academic institutions who have concerns in saving such rare species. This eBook is neither a field guide nor a perfect text eBook, but it would serve the purpose of both to certain extent, furnishing needed, but yet available information.

I dedicate this eBook for all wildlife enthusiasts and naturalists who strive saving the animal species. I thank Prof. Paul Racey for writing foreword, and Bentham Science Publishers, especially Salma Sarfaraz, Naila Rafique and Nazia Kamran for their guidance and cooperation all through the processing. I extend my sincere thanks to Dr. V.V. Robin and S. Sivakumar, who assisted bringing in a couple of contributors to this eBook.