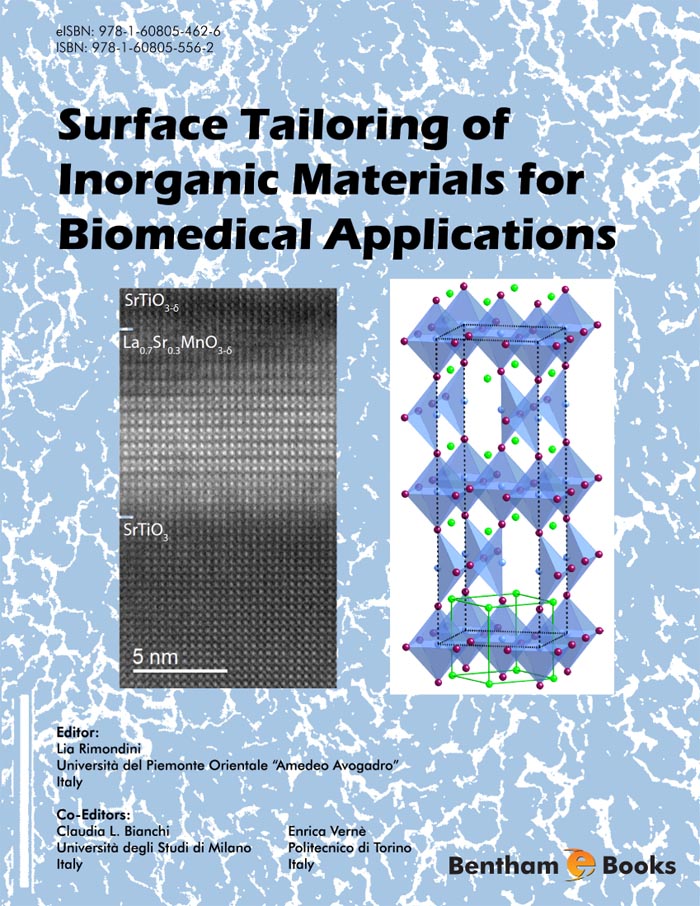 Inorganic materials have been used for biomedical applications since many decades. They have been utilized successfully because of easy and economic methods for bulk preparation and industrial manufacturing.

Surface modifications significantly improve the success of these materials and enable us to exploit their application in many innovative fields such as tissue engineering, dentistry, nanocarriers for drugs, medical diagnosis and antifouling technologies. This e-book provides comprehensive information on technologies for development and characterization of successful functionalized materials for biomedical applications relevant to surface modification. It is a suitable reference for advanced students and researchers interested in biomaterials science and medical applications of inorganic substances.

Biomaterial surfaces play a crucial role in medicine and biology, since most of the biological reactions occurring in vivo take place at surfaces and interfaces. As an example, when biomaterials are implanted, protein adsorption on the foreign surface occurs immediately. In protein-surface interactions a variety of governing factors have to be considered in defining the role of the solid-solution interface. Among them, surface charge, surface roughness, absorbed ions, surface composition, surface energy etc., are determined by the physical state of the material.

In the last decades, the ability of scientists to investigate the composition and molecular structure of biomaterials surface has significantly increased, due to the evolution of the characterization techniques. Similar advancements have occurred in molecular biology and material science.

These advancements allowed the development of a biological model for surface science, aiming to understand how the biological behavior of a material can be controlled by its surface properties.

In this eBook, a number of examples of surface tailoring studies on different class of biomaterials are presented, offering a wide range state-of-the-art of biomedical surface science taking into account also the clinical applications.

The chapters of this eBook written by eminent scientists, everyone specialized in their own field, will serve as an important and useful reference source for biomedical engineers and biologists.