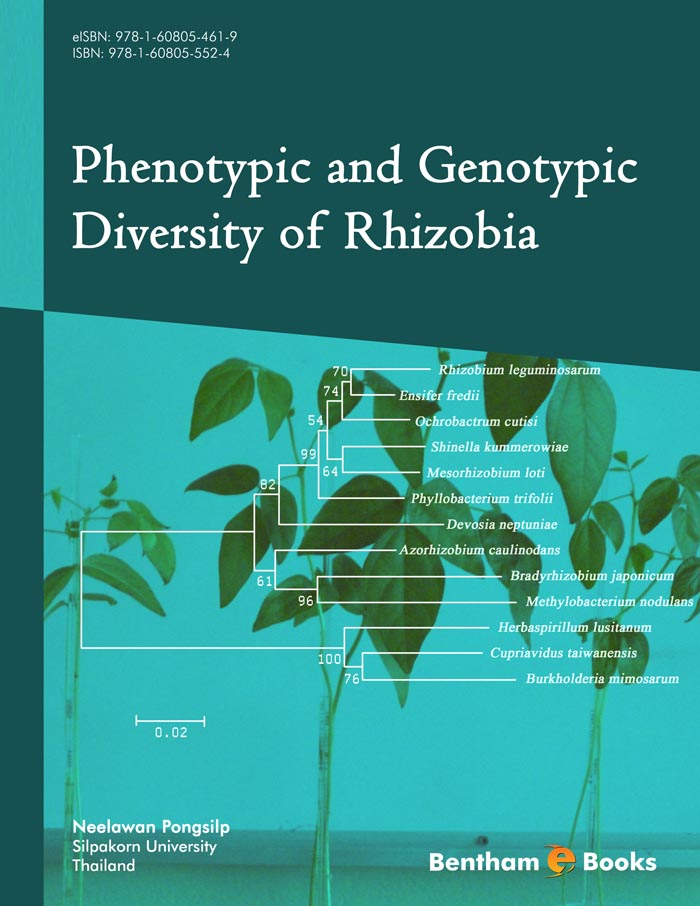 The identification of bacteria based on phenotypic characteristics is generally not accurate because several species are difficult to be distinguished phenotypically. In case of rhizobia, the current classification is mainly based on DNA sequences [especially a DNA sequence encoding small subunit ribosomal RNA (16S rDNA)], DNA homologies, phylogenetic relationships and the locations of symbiotic genes. The 16S rDNA is very useful for estimating the evolutionary relationships and identifying bacteria. The most dramatic progress in the construction of microbial phylogeny is based on sequence analysis of 16S rDNA. The 16S rDNA sequences mainly support the proposal of novel genera and species of rhizobia. In some cases, several genera are identical in 16S rDNA sequence analysis. The other regions, such as large subunit ribosomal RNA gene (23S rDNA) as well as intergenic spacer between 16S and 23S rRNA sequences (16S-23S IGS), are suitable alternatives for classification and identification purposes. Multilocus sequence analysis (MLSA), which employs a set of nucleotide sequences including 16S rDNA, house keeping genes and symbiotic genes, has the greater potential for rhizobial classification. Sequence analysis is currently the most promising method for identification of rhizobial genera.