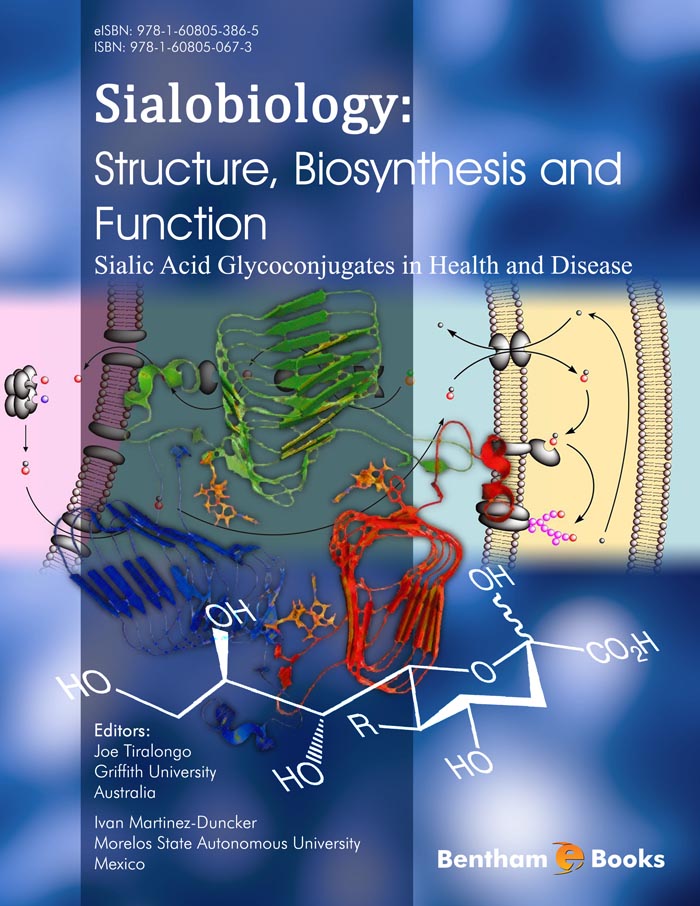 This eBook presents a summary of central aspects of sialobiology (i.e., the study of sialic acid and its relevance to biology). The importance of substitution by the sugar sialic acid and the role played by sialylated structures (eg. glycoproteins, glycolipids, glycoconjugates) in immune recognition, neural cell growth, embryogenesis and disease development including microbial pathogenesis and cancer progression, has become well-established.

Since 1995, the field of sialobiology has expanded greatly as many of the key enzymes involved in sialic acid biosynthesis, as well as the vast majority of sialic acid binding lectins involved in immune recognition, have only been cloned, characterised and structural eluciated after the publication of earlier works on the subject. This e-book also covers these recent developments. Chapters in this e-book have been contributed by eminent sialobiologists. Therefore, a book of this nature is timely and will prove to be a definitive volume with a high impact in this field for glycobiologists and cell biologists.

Although, Gunnar Blix, Alfred Gottschalk and Ernst Klenk have been rightly credited with the discovery and coining of “sialic acid”, it is the efforts of many pioneers and modern day sialic acid research groups located throughout the world to which we also owe a great debt of gratitude for giving birth to Sialobiology, the field dedicated to the multidisciplinary study of sialic acid and its relevance in biology. There is probably no other field of biology where a single molecule vastly expressed in nature has yielded the breadth and variety of biological functions. The importance of sialic acid is well justified in view of its major contribution in maintaining the homeostasis of many living organisms, particularly in humans where its study has been the focus of research for many decades and surely will continue for many more.

In this eBook we have endeavored to provide detailed reviews of the most important topics of Sialobiology, such as those from heavily studied areas that are of interest to a broad range of researchers both in the laboratory and the clinic.

This eBook encompasses 14 chapters that bring together a panel of early to mid career sialic acid researchers from all over the world to comprehensively address the state of the art in central aspects of Sialobiology. The first seven chapters cover sialic acid structure and biosynthesis, with Chapter 1 giving a general introduction on sialic acid structure, occurrence, biosynthesis and function. The subsequent chapter by Sato provides a comprehensive review of polysialic acids, the biologically important homopolymer of sialic acid, in particular Sato highlights recent advances in the study of di-, oligo- and polysialic acid residues on glycoproteins, including their distribution, chemical properties, biosynthetic pathways, and functions. Chapters 3-5 provide reviews of all key proteins involved in sialic acid biosynthesis, transport and transfer of glycoconjugates in vertebrates, specifically in Chapter 3 Münster and Hinderlich review the biosynthesis, activation and degradation of N-acetylneuraminic acid and 2-keto-3-deoxy-D-glycero-D-galacto-nononic acid. In addition, diseases and mouse models associated with the sialic acid biosynthesis pathway as well as biomedical implications are addressed. Chapter 4 explores the latest data on the elucidation of the CMP-sialic acid transporter structure-function relationship, and Chapter 5 by Harduin-Lepers reviews the origin and evolution of vertebrate sialyltransferases through molecular phylogeny and phylogenomic approaches. Chapter 6 by Suzuki and Yamaguchi summarizes the current knowledge on mammalian sialidases, highlighting the importance of addressing the characterization of these enzymes and their involvement in biological processes. The chapter by Mühlenhoff and Bergfeld describes the genetics, biochemistry and structure of bacterial sialate O-acetyltransferases, an important class of enzyme that enables bacteria to express a huge variety of surface structures involved in the evasion of the host immune response.

The final part of this eBook (Chapters 12 to 14) is devoted to describing tools used to explore Sialobiology, and provides a great example of the interplay between biology and chemistry that has characterized the study of sialic acid since its origins. Magesh and Ando (Chapter 12) not only describe classical sialic acid synthetic methods, but also provide several strategies used for the design of sialylmimetics and their potential development as sialo-pharmaceuticals to treat human diseases. In Chapter 13 Galuska summarizes the various methods used to detect and analyze sialic acid and polysialic acid, and outlines the advantages and disadvantages of the current methodologies. In the final chapter Du et al., provide an extensive review on metabolic glycoengineering of sialic acids. Metabolic glycoengineering of living cells and animals is an increasingly powerful method whereby non-natural analogs of N-acetylmannosamine are integrated into the sialic acid pathway. This then permits the dynamic characterization of metabolically incorporated non-natural sialic acid into cell surface sialoglycoconjugates in place of the natural sugar. This makes metabolic glycoengineering one of the most innovative tools available for the study of sialic acid dynamics.

We would like to thank Bentham Science Publishers, particularly Director Mahmood Alam and Manager Asma Ahmed for their support and efforts. We also greatly appreciate all authors and co-authors for their hard work, patience and dedication that have made this volume possible. It is hoped that this eBook will provide valuable information not only to glycobiologists but also to all interested biomedical researchers, including pharmaceutical scientists, neuroscientists, clinicians as well as medical students.