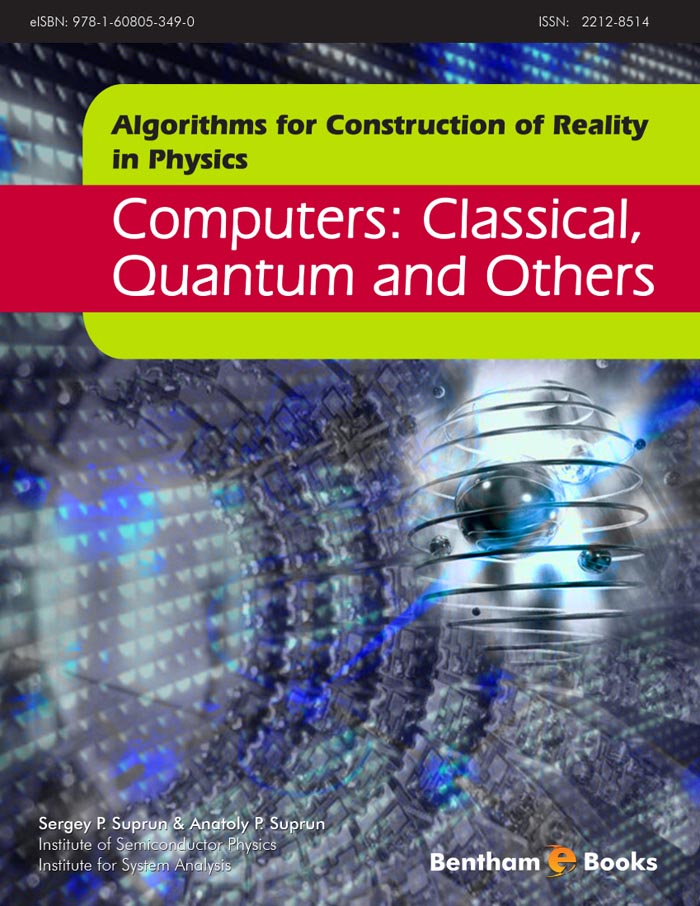 Series Title: Algorithms for Construction of Reality in Physics

Computers: Classical, Quantum and Others

This volume elaborates upon functioning of a quantum computer and the analysis of mind phenomenon in a natural scientific paradigm. Many outstanding physicists - Bohr, Heisenberg et al.- considered that many aspects of quantum physics could be understood considering the laws of perception, linguistics and semiotics within the world's semiotic description. An analysis of would-be scientific theories and paradoxes connected with a number of unformulated statements regarding initial information is therefore presented. These, in turn, could be used to draw algorithms that generate a picture of reality in the human mind.

The eBook also attempts to find out what is available to an observer from his/her standpoint (reference system), and from what theoretical standpoints that observation is developed. The initial point of this approach is recognizing that we are closed inside the semiotic system in which the ‘universe’ can only be presented to our mind. Such semiotic restrictions for translation of knowledge in any field are considered.

This book is intended as a resource for senior students and researchers in natural sciences, scientific philosophy and contemporary psychology.