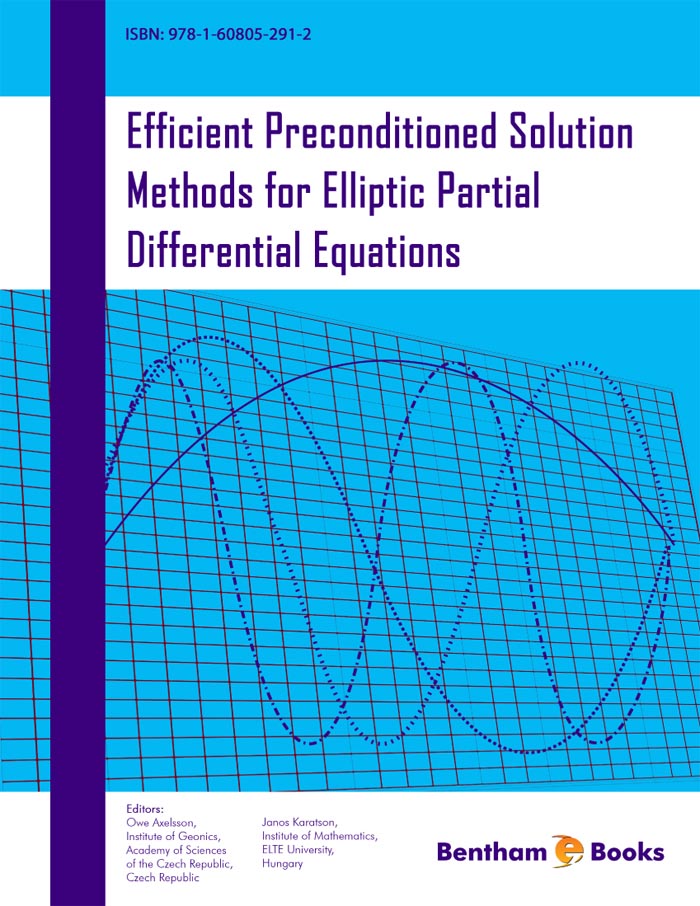 This e-book presents several research areas of elliptical problems solved by differential equations. The mathematical models explained in this e-book have been contributed by experts in the field and can be applied to a wide range of real life examples. Methods explained include pre-conditioned conjugate grid models, higher order discretization and finite element mesh generation. This e-book should be a useful reference for scholars and professionals interested in elliptical partial differential equations.

The goal of this book is to highlight some central areas in current research on the numerical solution of elliptic problems. Mathematical models involving elliptic partial differential equations arise in a variety of real-life problems in science and engineering. Besides phenomena fully described by an elliptic equation, also time-dependent problems describing various evolutionary processes often lead to elliptic problems as subproblems arising in the course of the solution procedure. Furthermore, saddle-point problems of Stokes type, which are not elliptic in a strict sense, can be considered elliptic in a wider sense, being stationary problems that can be reduced to coercivity via the Schur complement operator. These facts reinforce the fundamental role of elliptic problems and their efficient numerical solution.

Solution methods for elliptic problems have undergone great development, and have resulted in many cases in efficient optimal algorithms, on the other hand, various new challenges induce much further research. The discretization of elliptic problems leads to algebraic systems often of very large size. To save computer memory and elapsed time, such problems are normally solved by iteration, most commonly using a preconditioned conjugate gradient (PCG) method. The proper preconditioning technique is a crucial part of the efficient solution of the arising linear systems, and this forms a major topic of this book. Particular attention is paid to multigrid and multilevel methods, and to preconditioning for saddle-point problems, often in block form. Higher order discretization methods and finite element mesh generation are also considered.

Altogether, this book provides a careful presentation of major fields in solving elliptic problems. This is done with the help of leading experts in this topic, who survey the current stage of research in individual chapters. We are convinced that both researchers in the field and users of iterative solution methods for real-life applications will benefit by these valuable contributions. We are grateful for the interest shown in this issue by the authors of these chapters. We thank also our colleague, Radim Blaheta, who due to lack of time was unable to contribute a chapter to this issue, but who kindly offered instead to write the excellent foreword to it.

Academy of Sciences of the Czech Republic.