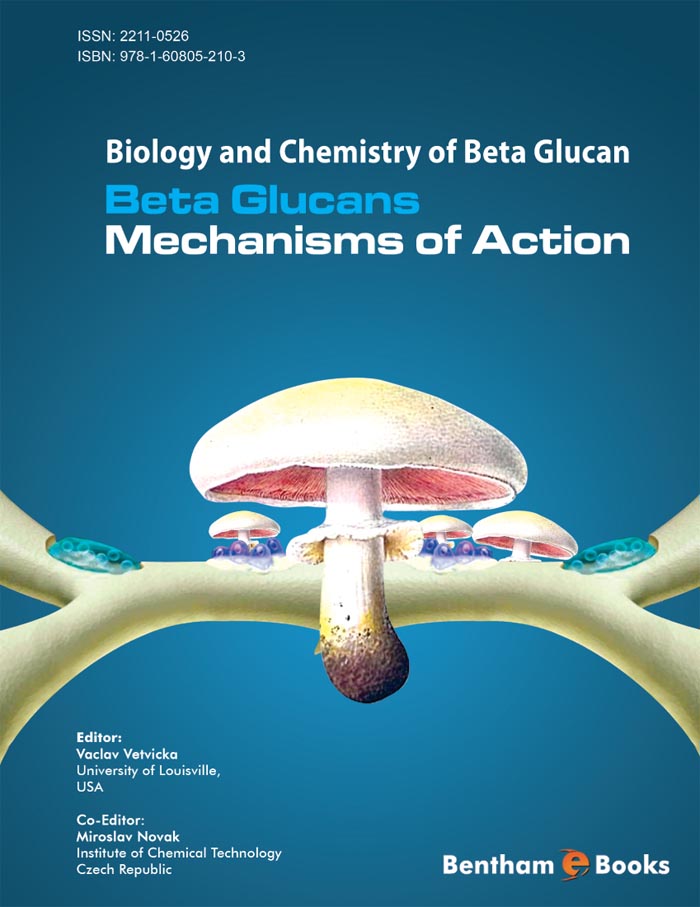 β-Glucan is generally considered to be a very safe immunomodulator. It is a well-known biological response modifier (BRM) that has been used as an adjuvant therapy for cancer since 1980, mostly in Japan. β-Glucan enhances the innate host defense against certain bacteria, yeast, and viral pathogens. I addition, glucans are also considered to be important in prophylaxis against irradiation. Various types of glucans are now routinely added both to human and animal food. At least 26 clinical trials are currently under way in several countries. The authors of this ebook have selected and brought together information on both theoretical and practical aspects of β-glucan use. The book is suitable for readers seeking timely and precise information on β-glucan history and various biological effects including possible use in the treatment of various diseases, without having any preliminary knowledge of natural immunomodulators. The book should not only provide an inspiration for carbohydrate and clinical chemists for further investigations in biomedicine, but it also presents a number of practical applicable results in immunology

Natural products, useful in preventing and/or treating various diseases, have been sought after throughout the history of humankind. Usually, the mechanisms of the actions remain unknown and the interest of both the public and professionals slowly evaporates. Even β(1-3),(1-6)-D-glucan (with a variable degree of branching; hereafter β-glucan), arguably the most studied natural immunomodulator, did not escape the significant problems. One main problem in characterizing natural products also occurred with β-glucan: these substances usually represent a complex mixture of ingredients, each of which might contribute to the biological activity. The considerable heterogeneity of all natural β-glucans, not only from saccharomycetes but also from other sources, obviously was and continues to be the cause of a series of mutually contradicting conclusions. The heterogeneity is in fact of double character - first, β-glucan from different producing organisms can differ at least in solubility, degree of polymerization and degree of branching, and second, even in the defined organism several types of β-glucan can be present differing in the before mentioned parameters. Therefore, the proper and scientifically well-founded evaluation of β-glucan properties had to focus not only on biochemical characteristics and biological activities of certain isolated preparation but, first of all, on adequate isolation techniques which, at the end, gave us the purified material consisting of a reproducible specimen of pure β-glucan molecules. As a result, the only meaningful data has come from the experiments based on sufficiently purified and chemically standardized β-glucan. The chapter Development of Views on β-Glucan Composition and Structure includes several examples of the fact that insufficiently purified β-glucan, together with improper chemical analytical methods, was a cause of erroneous interpretation of β-glucan structure. The same, of course, should be, and in many cases really was, a reason for misinterpretation of the results of biological activities testing of β-glucan.

β-Glucan is generally considered to be a very safe immunomodulator. However, data shown in Chapter Detrimental Effects of β-glucan suggests potential problems in the case of using β-glucan together with some anti-inflammatory drugs.

In general, it is clear that during the decades of research, numerous types of β-glucan from many natural sources have been isolated and described. Unfortunately, not all of these glucans were created equal and β-glucans widely differ not only in physicochemical properties, such as branching or molecular weight, but also in biological properties. On top of that, some of β-glucans described in literature have no biological activities at all.

The original studies of effects β-glucan has on the immune system, focused on mice. Subsequent studies demonstrated that β-glucan possesses a strong immunostimulating activity in a wide variety of other species as well including earthworms, shrimp, fish, tortoises, chicken, rats, rabbits, guinea pigs, sheep, pigs, cattle, and, last but not least, humans. Based on these results, it has been concluded that β-glucan represents a type of immunostimulant that is active over the broadest spectrum of biological species and that it is one of the first immunostimulants actively spanning an evolutionary spectrum. Some experiments also show that β-glucan can help even in the protection of plants. β-Glucan is therefore not only a biologically active polysaccharide with strong immunomodulating effects, but is also considered to be an evolutionary and a very old stimulant of a variety of defense immune reactions.

Numerous routes of administration of β-glucan have been tested. These include, i.a., intraperitoneal, intramuscular, sub-cutaneous and intravenous applications. For many years, oral treatment with β-glucan has been on the periphery of interest, despite the fact that it represents the most convenient route. However, in the last decade a renewed interest in human application has brought about some important studies of orally-administered β-glucan that revealed intravenous administration to be dangerous and intramuscular administration to be painful.

Despite of long-term interest and research, the mechanism of how β-glucan affected our health remained in many ways a mystery. Only in the last decade, an extensive research by numerous scientific groups has helped to reveal the extraordinary effects that β-glucan exerts on various physiological and pathophysiological processes of our body. Based on more than 10,000 studies about various types of β-glucan, we can conclude that β-glucans from fungi (both macro- and micromycetes, particularly yeast), and seaweed are well-known biologic response modifiers that function as immunostimulants against the infectious diseases and cancer. Unlike most of the other natural products, properly purified β-glucans retain their bioactivity in spite of rather drastic isolation procedures. This allows us to characterize how β-glucan works on a cellular and molecular level.

In our book, we tried to select and bring together information on both theoretical and practical aspects of β-glucan use. The book is for every reader seeking a prompt and precise information on β-glucan history and various biological effects including possible use in the treatment of various diseases, without having any preliminary knowledge of the field.

In conclusion, we would like to express one wish - that this book not to be regarded as a startling experiment to join the highly remote bioscientific disciplines, such as carbohydrate chemistry, clinical practice and immunology. We presume that in the next few years the fields of natural immunomodulators, and β-glucan in particular, will provide not only an inspiration for further investigation in biomedicine, but also a number of practical applicable results. It is an objective of all the authors of this book to trace the progress in this field and to deliver codified results in a subsequent edition.