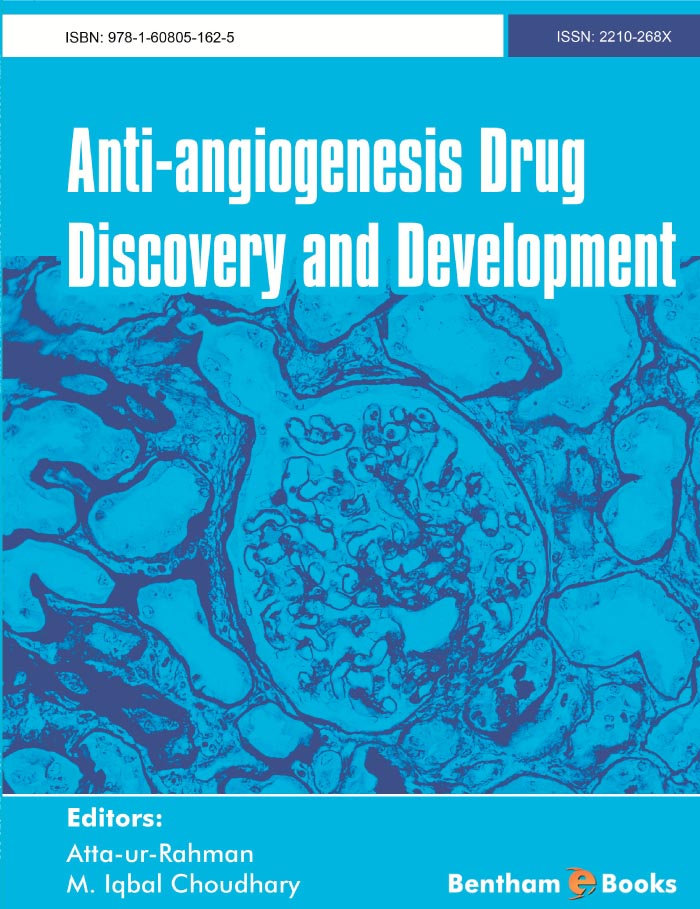 The inhibition of angiogenesis is an effective mechanism of slowing down tumor growth and malignancies. The process of induction or pro-angiogenesis is highly desirable for the treatment of cardiovascular diseases, wound healing disorders, etc. Efforts to understand the molecular basis, both for inhibition and induction, have yielded fascinating results.

Anti-angiogenesis Drug Discovery and Development provides an excellent compilation of well-written reviews on various aspects of the anti-angiogenesis process. These reviews have been contributed by leading practitioners in drug discovery science and highlight the major developments in this exciting field in the last two decades. The feast of these reader-friendly reviews on topics of great scientific importance – many of which are considered significant medical breakthroughs, makes this book excellent reading both for the novice as well as for expert medicinal chemists and clinicians.

Angiogenesis, a normal physiological process of new blood vessel formation, is involved in pathological conditions such as tumor growth metastatic retinopathy, etc. Poor vascularization or abnormally high vasculature are both targets of active pharmaceutical research in recent years. The inhibition of angiogenesis is an effective mechanism of slowing down tumor growth and malignancies. The process of induction or pro-angiogenesis is highly desirable for the treatment of cardiovascular diseases, wound healing disorders, etc. Efforts to understand the molecular basis, both for inhibition and induction, have yielded fascinating results. Despite the importance of this complex cascade of biochemical events only a few monographs are found in the international literature. The book entitled “Anti-angiogenesis Drug Discovery and Development” is an excellent compilation of well-written reviews on various aspects of the anti-angiogenesis process. These reviews have been contributed by leading practitioners in the field and highlight the major developments in this exciting field in the last two decades.

The first review by Ribatti et al. deals with the treatment of hematological malignancies, such as leukemia, lymphoma, myelodysplastic syndrome, etc. The review lists a number of chemotherapeutic agents which have been clinically tested and found to be effective. This well-written and well-referenced review also discusses the molecular basis of these new therapeutic agents.

Rajas et al. have reviewed an important linkage between the receptors for advanced Glycation Endproducts (RAGE) and angiogenesis cascade. It has been reported that RAGE engagement promotes many changes in tumor and host cells and leads to the formation of new blood vessels. The review further discusses the pharmacological approaches to inhibit RAGE ligands as well as inhibitors of AGE formation in order to down regulate the angiogenic process. Yue et al. have contributed a review on potential anti-angiogenic and anti-cancer effects of ginsenosides. These compounds are steroidal saponins obtained from a famous medicinal plant Panax ginseng. Two of these ginsenosides (Rg3 and Rh2) were found to inhibit cancer growth, most probably by inhibiting new vessel formation. These exciting discoveries in in vitro and in vivo models deserve further studies to understand their mechanism of action at molecular levels, as well as to assess their safety profile.

Sacar and Yaylali in their review describe the role of neo-vascularization in intra-plaque hemorrhage and progression of atherosclerosis. While discussing the role of various factors in the complex cascade of angiogenesis, the authors describe various points for intervention to block angiogenesis. The objective of these intervention is to block and inhibit intralesion angiogenesis and thickening of neointima. The use of various drugs and invasive interventions have been described to achieve this objective.

The role of phosphoinositide 3-kinases (PI 3K) in angiogenesis has been reviewed by Perrino et al. The inhibition of PI 3K suppresses angiogenesis and tumor growth as established through a number of animal studies. Thus the regulation of PI 3K to modulate the angiogenic process holds great promise for the future.

Chan et al. review the studies on the complex process of angiogenesis with reference to its redox regulation by NADPH oxidase. It has been unambiguously established that NADPH oxidase, the only enzyme system dedicated to generate ROS (Reactive Oxygen Species), serves as intracellular signal amplifier for multiple receptor tyrosinase kinase mediated pathways involved in angiogenesis. Thus the inhibition of NADPH oxidase enzyme activity is an attractive new target for antiangiogenic therapies. However achieving specific inhibition of different isoforms of NADPH oxidase still remains an unmet challenge.

Nencka describes the important role of thymidine phosphorylase (TP) as a pro-angiogenic factor. TP inhibitors are known to interfere with the catalytic action of the enzyme, including TP-mediated angiogenesis. This review extensively discusses the potential of TP inhibitors in clinical management of angiogenesis in various diseases.

Silva Jr. et al. in their well written review article describe the neurological complications, including central and peripheral neurotoxicity, of antiangiogenic chemotherapy. The knowledge of such side effects of antiangiogenic drugs is not only important for physicians prescribing the drugs, but it is also equally important in the designing and development of new antiangiogenic agents.

Last but not the least, Mirshafey and Boghozian present an equally important aspect of angiogenesis, its correlation with autoimmunity and chronic inflammation. They built the argument that interventions, such as the use of anti-inflammatory drugs in autoimmune diseases, also inhibit the angiogenic mediator production.

The feast of these reader-friendly reviews on topics of great scientific importance and health relevance, makes this book an excellent reading, both for the novice as well as for the subject expert. We are grateful to all the contributors for their useful and scholarly written review articles. We are also thankful to the staff members of the Bentham Science Publishers, specially Mr. Mahmood Alam (Director), Ms. Taqdees Malik (Editorial Assistant) and Ms. Sadaf Idrees Khan (Composer) for their diligent and tireless efforts to bring this excellent treatise in print in a timely manner. 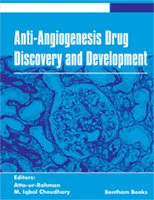