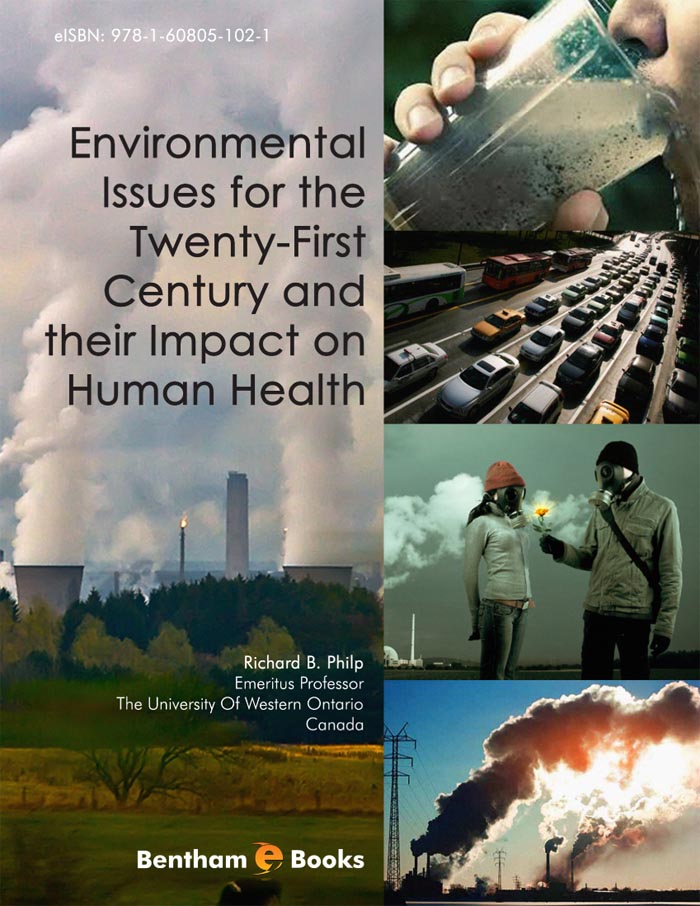 The close of the first decade of the 21st century posed additional pressing environmental issues related to human activities and their effects on the planet. The need to protect the planet seems frequently to be in conflict with the need to feed the earth’s inhabitants and to supply the energy required for industry, transportation, regulating our indoor environment, and fueling other needs. The corporate world sometimes seems to have a callous disregard for the safety of its workers and the public at large. This e-book discusses the ecological and health impacts of aquaculture, the Alberta tar sands development, the Gulf Oil disaster of 2010, the hazards of inadequately safeguarding water supplies, and global warming, to name some of the important topics. This e-book will be very useful to students of environmental science, ecology, ecotoxicology and others interested in a broad overview of contemporary environmental issues. It is presented in a highly readable manner that makes it accessible to well-informed members of the public. Complex biochemical and chemical equations are avoided. Nonetheless, current primary sources of scientific information are used and referenced, making it easy for a reader to pursue a topic in greater depth if so desired.

Events of the first decade of the twenty-first century do not assure us that our species has learned much from the lessons of the past. Our thirst for fossils fuels continues unabated. Oil is sought in increasingly risky venues with disastrous results as witnessed by the fire and explosion of the Deep Horizon rig in the Gulf of Mexico. Greed rules, it seems. The Gulf oil spill was in part due to inadequate inspections if not outright corruption. Development of the Alberta oil sands, the greatest, single-point source of greenhouse gases in North America, continues at a breathtaking rate and development of the Saskatchewan oil sands is poised to follow suit. Deep drilling for oil is already occurring in the Arctic off the coast of Greenland and the Canadian Arctic may be next. Governments too often are dazzled by the prospect of increased tax revenues and creation of jobs (i.e. votes) to express much concern for the environmental costs of development. The quality of life, if not the outright health and safety of nearby residents may be sacrificed to the perceived greater good as apparently is occurring with the methane fracking operations in the United States and Canada. Native communities too frequently are caught up in the wake of fossil fuel exploration and development with disastrous consequences. Corporations obsessed with the bottom line may not give enough thought to worker safety as numerous mining disasters testify.

On the home front citizens are not responding adequately to the need to conserve energy and water and to reduce their carbon footprint. Changing public attitudes and behaviour is like trying to do a U-turn with a super-tanker. Climate change deniers, especially op-ed columnists concerned mostly with readership numbers, give some elements of the public an excuse to avoid making even minimal sacrifices. Municipalities also may opt for cheaper means of pest control, reassured by government scientists that such measures are safe, even when a small percentage of persons are made ill by aerial spraying over urban residential areas.

Is there hope? New technologies are coming on-stream that offer alternative propulsive means for vehicles, eco-friendly construction techniques, low flow toilets and faucets for public washrooms and rainwater collection systems for use in them. Substitute fuels for coal-fired generators and the installation of solar generating panels may also offer hope although in this author’s view, wind turbines do not. The clock is ticking and doomsday may be closer than we think.

The purpose of this eBook is to inform students, especially those in environmental studies programmes, and members of the public of these and other issues pertinent to the twenty-first century with the hope that, as pressure is brought to bear on governments and corporations, more and better steps will be put in place to protect the environment and the citizenry.

Richard B. Philp
The University of Western Ontario, Canada
rphilp@uwo.ca