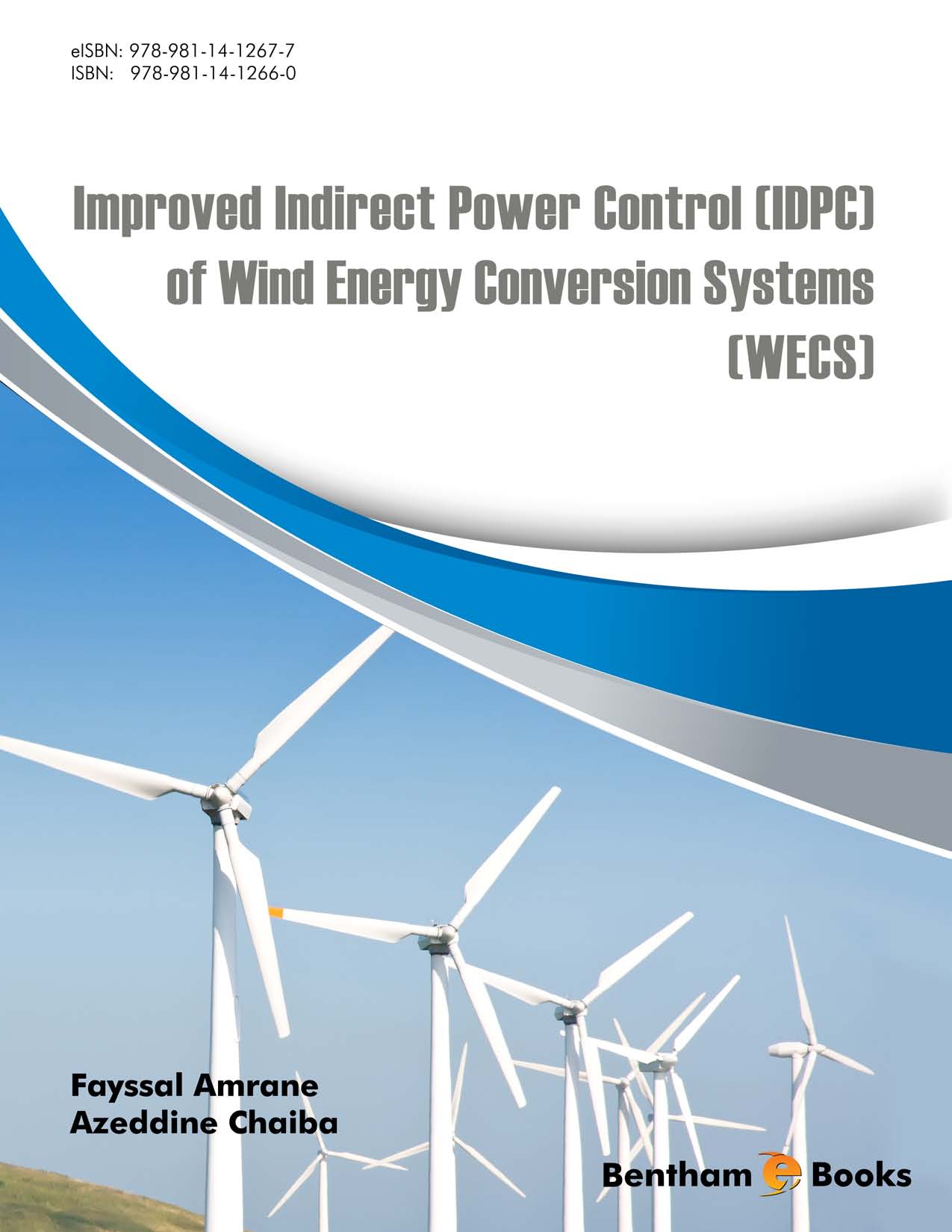 This chapter presents an improved Indirect power control (compared to the conventional one illustrated in chapter: 03) based on robust and suitable controllers (Robust and Intelligent controllers) to control the d-q axes currents (Ird and Irq) respectively. In order to overcome the speed/efficiency trade-off and divergence from peak power under fast variation of wind speed; three intelligent controllers (based on, T1-FLC, T2-FLC and NFC) are proposed to control the rotor direct and quadrature currents (Ird and Irq) instead of PID controllers, for grid-connected doubly fed induction generator (DFIG). The same wind-turbine (DFIG (4kW) and turbine (4.5 kW)) used in last chapter will be developed again in order to make a comparative study between the wind-system performance algorithms. The SVM strategy (to ensure the fixed switching frequency and to minimize the harmonics) is used in RSC for switching signals generation to control the inverter. In this chapter, mathematical model of each proposed controller is described in detail. The MPPT strategy is also developed in the three proposed algorithms in order to extract the maximum wind power by keeping the reactive power equal to zero value. The main aim of the proposed control is to improve the wind system performance despite the sudden wind speed variation and the DFIG’s parameter variation in transient and steady states. The simulation results using the Matlab/Simulink environment (under three proposed modes and using robustness tests) show that the intelligent controller offered high power quality in spite of wind-speed variation have superior dynamic performance and are more robust during parameter variation.