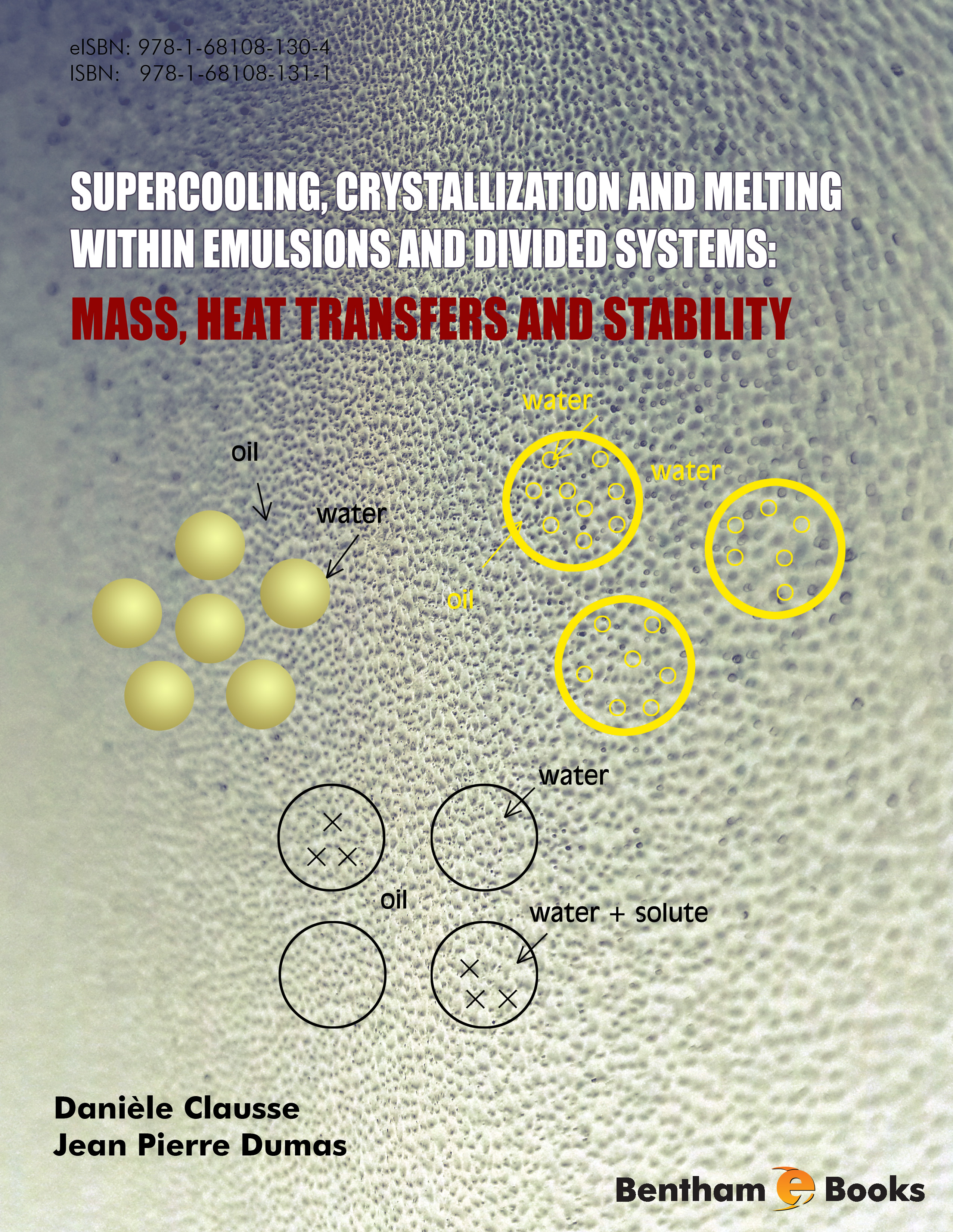 In this Chapter 2 mass transfers occurring within emulsions are described. Different kinds of mass transfer are considered. First it is the one resulting of the presence of yet frozen droplets and still supercooled droplets due to a difference in the chemical potentials of ice and liquid water. This kind of mass transfer has been referred as solid ripening. Another mass transfer leading to the formation of solid is the introduction in the emulsion of a material that could form gas hydrate The compound CCl3F has been tested. By using the technique DSC and X-Rays diffraction it was possible to detect information about the formation and dissociation of the hydrate. Another kind of mass transfer is the composition ripening. It is observed when the compositions of the different phases present in the emulsions are different. Mass transfer in mixed emulsions made of two populations of droplets having different composition either, urea+water and pure water or tetradecane and hexadecane have been studied. Mass transfer induces a change in the composition of the droplets and therefore a change in the freezing and melting temperatures determined by a cooling and a heating of the mother emulsion maintained at ambient temperature. Calculating the energies involved, the percentage of compound transferred can be determined. Similar mass transfers are observed in multiple emulsions. The proposed model for the transfer shows that the transport is enhanced by the presence of micelles. All these transfers must have an influence on the further stability of simple or mixed emulsions after the mass transfer as bigger droplets, and solids are present.