The main objective of the current chapter is to examine to what extent the European patent system, the decision-making process on the so-called “Patent Package” and its implementation reflect the conceptual framework of dynamic governance, a framework which aligns closely with the notion of collaborative innovation. In the global patent context, a gradual increase of more dynamic patent governance has been observed. The adoption of fundamental patent reforms in Europe calls for a review of those reforms from a dynamic governance perspective. After decades of negotiations on the European Union (EU) patent, the financial crisis has finally driven the EU Member States and the EU institutions to gain the momentum and to adopt a compromise on the Patent Package. These reforms are aimed at simplifying the European patent system, lowering the costs of patenting, improving legal certainty and limiting forum-shopping in terms of litigation. These objectives were supported widely by stakeholders. However, despite these laudable objectives, the way the decision-making process was spun out and then suddenly rushed through and the actual content of the package are highly controversial. In the end, the reforms will further increase the complexity of the European patent system, patent protection in Europe will probably remain rather expensive and the risk of forum shopping may continue to persist to a certain extent. This raises the fundamental question whether stakeholders have actually been sufficiently involved in the decision-making process. 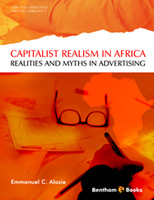