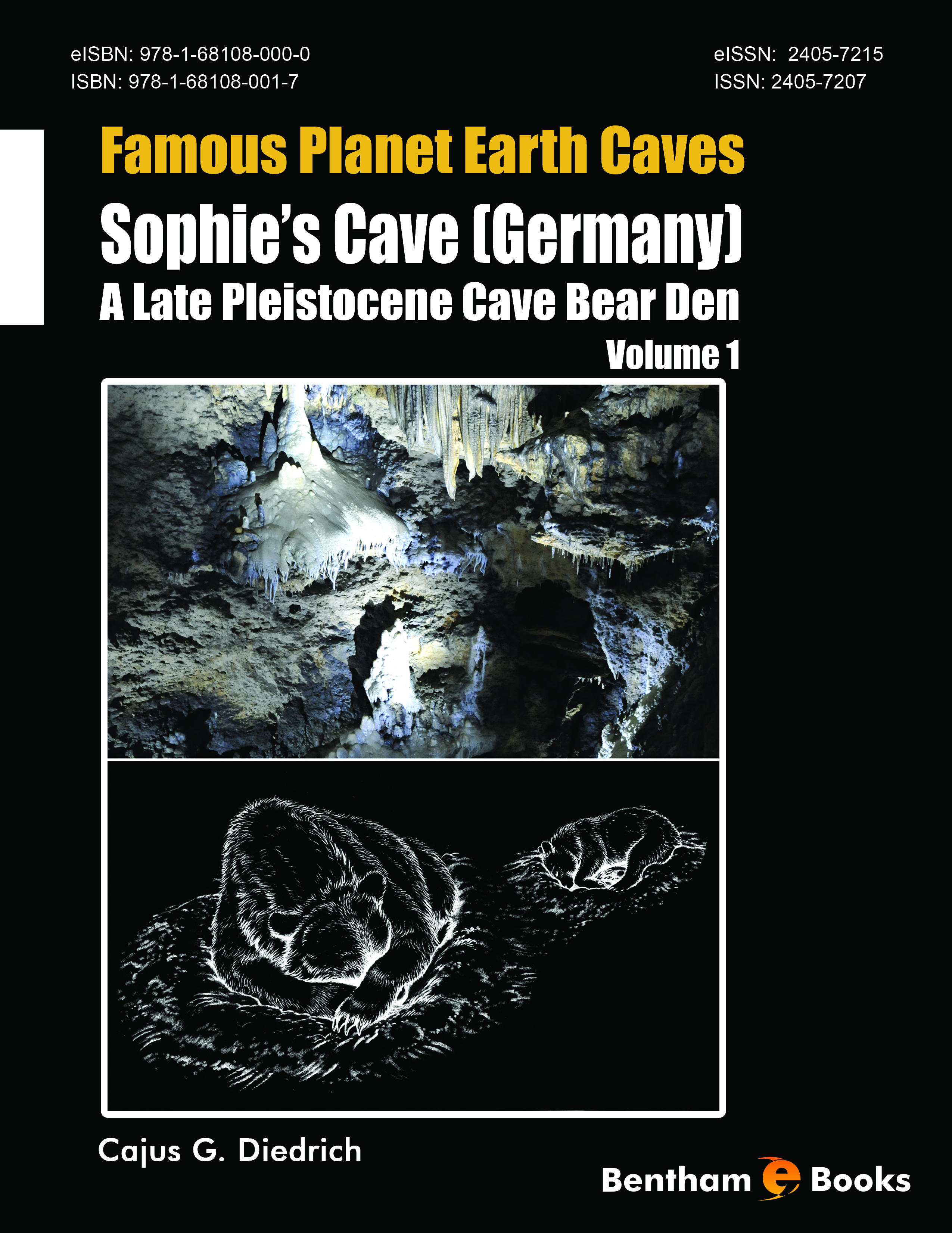 With the beginning of the early Late Pleistocene glacial period (or even earlier: ?late Saalian/Eemian) and Ailsbach terrace elevation 415 m a.s.l., small cave bears penetrated only a side branch (Bear’s Passage) the Sophie’s Cave and used it as den. Nine cave bear nests Ursalveolus carpathicus Diedrich 2011 were documented with larger to medium-sized round-oval depressions in the deepest cave bear den part of the Millionary Hall. Autochthonous cave bear skeletal parts, especially partly connected vertebral columns were found in all den areas of the Bear’s Passage, Reindeer Hall bone field and the Millionary Hall, partly being in place. A systematic excavation of the bone field, which was left in the cave in situ (also for visitors) demonstrate a mainly adult population within this hall. Using a combination of the skull shape morphology, P4 tooth morphology and C14 dated teeth from other German/European cave bear dens, the small cave bears of those cave areas can be identified as small cave bears U. spelaeus eremus/spelaeus Rabeder et al. 2004. A new composite skeleton including male/female adult-senile bone material from different individuals was arranged for “U. s. cf. eremus” which is presented in a show case within the cave, which is anatomically nearly complete including in Europe unique for a “skeleton” all nine “tongue bones”. These small cave bears also being known from the nearby Große Teufels Cave, Zoolithen Cave inhabited in Upper Franconia the Sophie’s Cave and other caves between approx. 113.000-32.000 BP dated biostratigraphically with the P4 tooth morphology. With the P4 morphotypes blocking events can be coarsely estimated, whereas most primitive three-coned forms appear in the deeper Millionary/Reindeer halls and Bear’s Passage. Only in the latter higher evolved forms demonstrate a longer use of this branch which was blocked to the Reindeer Hall most probably during an interstadial (possibly around 42.000 BP). At the end of the middle Late Pleistocene, finally the former still unknown entrance was also blocked, which did not allow smaller cave bears to use the cave as a den anymore.