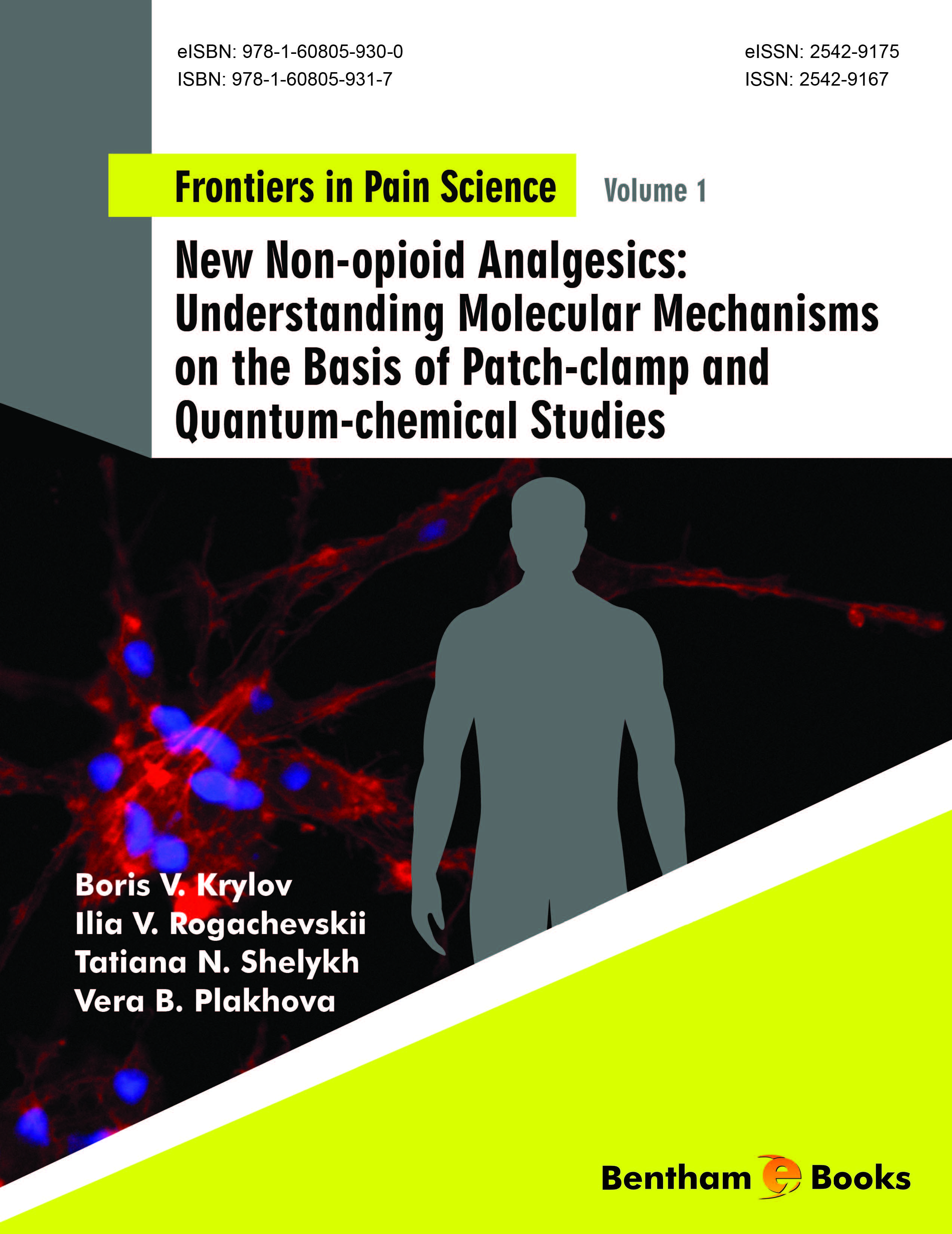 Discovery of NaV1.8 channels has opened a new perspective to study the mechanisms of nociception. A remarkable feature of these channels is their ability to be modulated by binding of various endogenous and exogenous agents to membrane receptors coupled to NaV1.8 channels. The behavior of their activation gating system was patch-clamp recorded and analyzed by the Almers’ limiting slope method. It was established that opioid-like membrane receptors could control the functioning of NaV1.8 channels. A novel role in this mechanism is played by Na+,K+-ATPase, which serves as the signal transducer instead of G proteins. Switching on the opioid-like receptors one can selectively decrease the effective charge of NaV1.8 channel activation gating device. As a result, only the high-frequency component of nociceptive membrane impulse firing is inhibited. This is the component that transfers nociceptive information to CNS.

The three units involved in the described membrane signaling cascade (opioid-like receptor → Na+,K+-ATPase → NaV1.8 channel) are potential targets for novel analgesics. Investigation of this mechanism of nociceptive signal modulation is of major importance not only for fundamental physiology but also for clinical medicine.