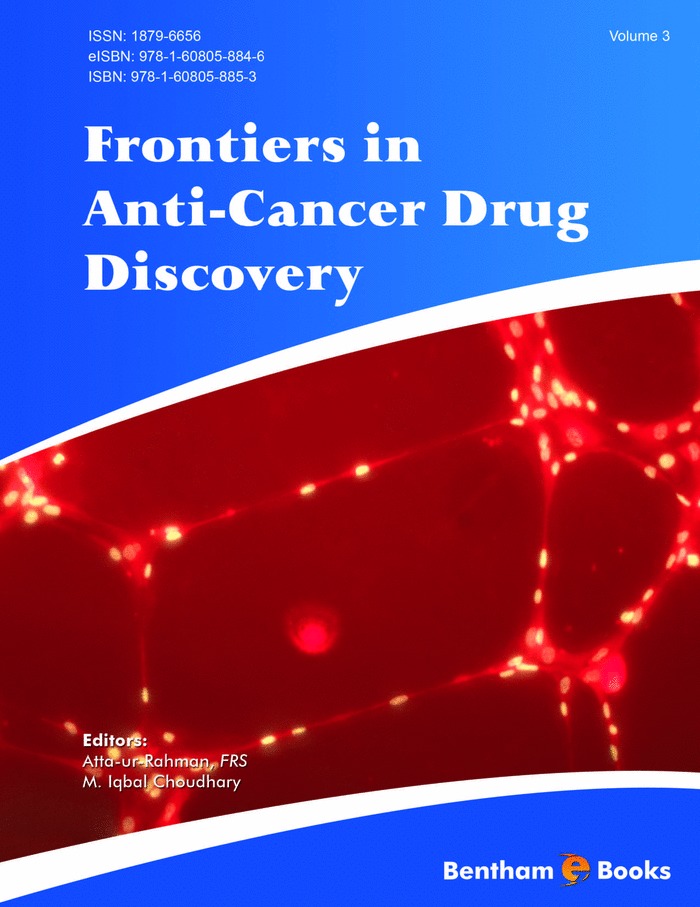 DNA topoisomerases are promising targets in the development of cancer therapeutics. They are comprised of a large number of structurally diverse compounds and function by trapping the DNA-enzyme covalent complex, resulting in DNA strand breaks that can ultimately lead to cancer cell death. Topoisomerases are broadly classified as type I and type II. Type I enzyme (hTopoI) transiently breaks the DNA strands one at a time, while type II enzyme (hTopoII) forms a dimeric enzyme molecule that transiently breaks both DNA strands in the double helix in concert. Camptothecin was first isolated from a tree Camptotheca acuminate, which showed evidence of hTopI poisoning. Irinotecan and topotecan, two camptothecin analogs designed to be soluble, are widely used in clinical practice. Because of the instability of these analogs, however, other hTopoI inhibitors are being introduced that are more potent and stable. Drugs that interfere with hTopoII are typically classified by their mechanism of action. Poisons (including etoposide and doxorubicin) stabilize the covalent TopoII-5´ phosphotyrosyl DNA intermediate or cleavable complex. hTopoII catalytic inhibitors inhibit the enzymatic activity of hTopoII by disrupting the enzymatic recognition of DNA without causing DNA breaks. Recently described hTopoII catalytic inhibitors include aclarubicine, which is successfully used in clinical oncology practice. A series of 9-aminoacridine compounds with hTopoII inhibitor activity have shown promise in inhibiting pancreatic cancer cell proliferation in vivo and have been shown to induce apoptosis. On the basis of the hypothesis that targeting both hTopoI and hTopoII might increase overall anti-tumor activity and overcome resistance, compounds with dual inhibitor activity have been described and are under investigation. In conclusion, the area of topoisomerase inhibitors in cancer therapeutics is evolving and development of dual inhibitors, catalytic inhibitors of hTopoII, and specific inhibitors of hTopoII &amp;#945; isoforms will help to identify more potent compounds with fewer side effects.