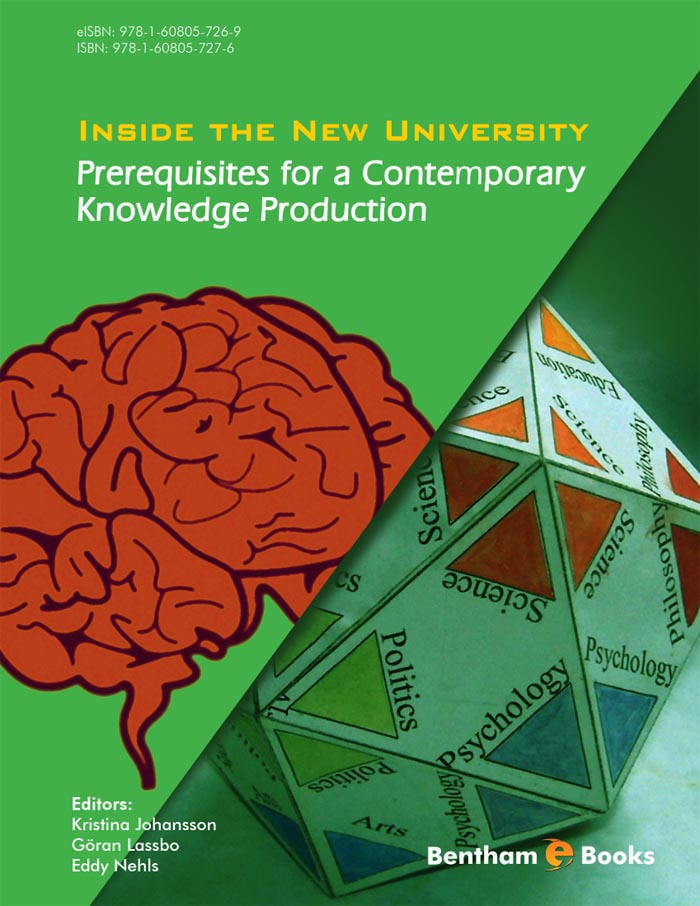 Let´s Have a Conversation About the New University

This chapter is designed as a conversation between two researchers/teachers with experience from two Universities, one in Australia and one in Sweden, and two different academic contexts. The conversation is dealing with the concept of the University, what is it and what it could be? It also touches on the issue of what it is that could be said to be new, in the new University, and also lists some problems that existed within the old University. To present the thoughts in the form of a conversation is our way to both implement and present Gilles Deleuze, and Bruno Latour&#039;s epistemological ideas in a new and more rhizomatic knowledge and University structure. The aim of the article is not to present well defined facts about Universities, it is to start a conversation about this burning issue and important subject. &lt;/p&gt;&lt;p&gt; “The justification for a university is that it preserves the connection between knowledge and the zest for life, by uniting the young and the old in the imaginative consideration of learning. The university imparts information, but it imparts it imaginatively. At least that is the function it should perform for society. A university which fails in this respect has no reason for existence” (Whitehead, 1960, p. 97).