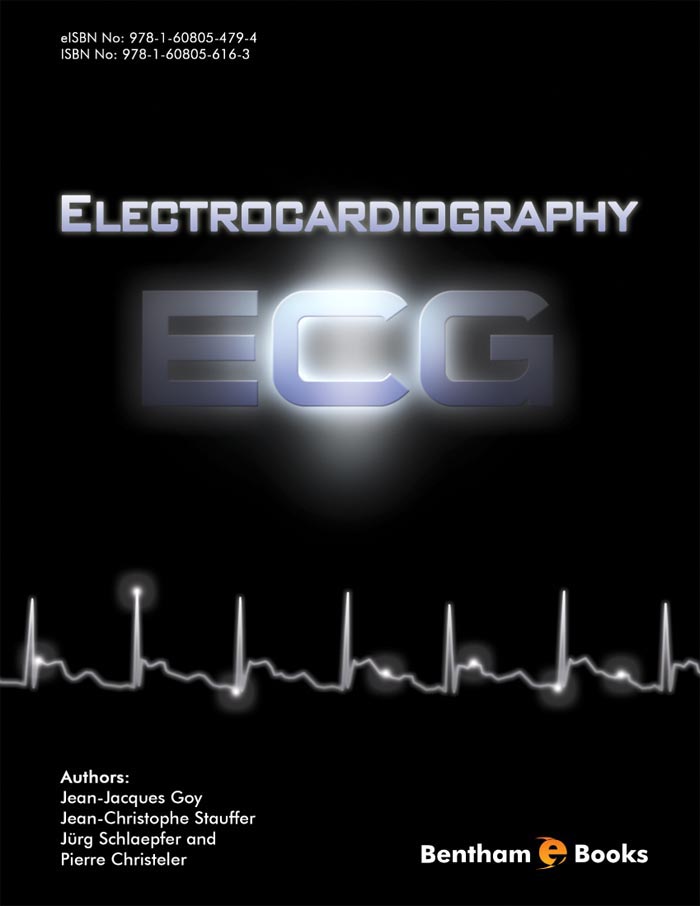 In this chapter, we address the basic notions of myocardial ischemia and myocardial infarction. Cardiac ischemia changes the electrical activity and the genesis of the action potential and of the resting potential. It can be divided into 3 forms; ischemia, lesion and necrosis. Modification of the QRS complex, the ST segment and T wave is observed. Ischemia is a biochemically reversible anomaly. Moreover, it is mainly ionic, notably potassium disturbances which underlie ST and T wave changes. Lesion is a more severe form of cardiac ischemia but is still reversible, with interstitial oedema and biochemical disturbances. Essentially, it is the ST segment, which is modified, in that it becomes displaced from the isoelectric baseline. The ST segment vector is determined in the same manner as that of the QRS complex: it allows for better localization of the site of the stenosis or obstruction of the culprit artey. The more leads exhibit ST changes, the bigger the territory at risk. A sum total of ST depression or elevation greater than 12 mm in the different leads implies widespread ischemia. The most severe stage of cardiac ischemia is necrosis since there is cellular death with cessation of electrical activity. Neither the action potential nor the resting membrane potential exists anymore and the conduction capability has ceased. The start of depolarisation (QRS) is modified with the apparition of an &quot;electrical hole&quot; (Q waves), which could progress as far as the total disappearance of the positive forces (R waves) and a QS morphology; the necrosis is transmural affecting therefore the full thickness of the myocardium. Acute coronary syndrome includes STEMI and non-STEMI. STEMI (ST Segment Elevation Myocardial Infarction) is the acute coronary syndrome with ST segment elevation and non-STEMI is associated with other ST segment changes (negative T waves or ST segment depression) but not ST segment elevation. Electrocardiographically, the electrical changes recorded in the different territories differ according to the coronary artery involved. There is a good correlation between the ischemic zone and the coronary artery affected. Ischemia is recorded by the electrode &quot;exploring&quot; the territory implicated. Involvement of the right coronary artery gives rise to inferior wall ischemia and this is characterized on the ECG as changes in leads II, III and aVF. Involvement of the left coronary artery gives rise to anterior wall ischemia and this is characterized on the ECG as changes in precordial leads.