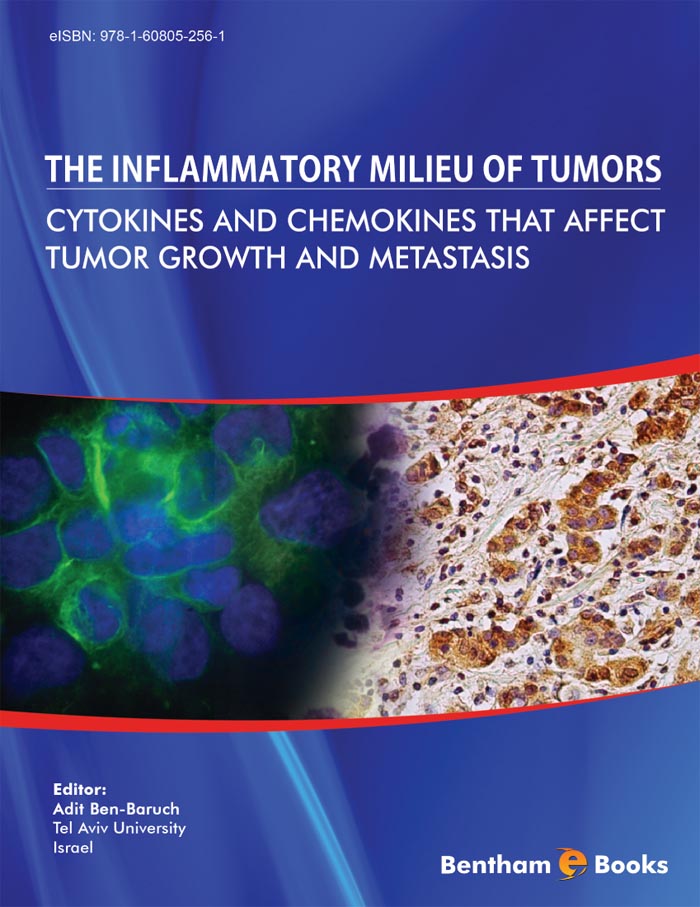 Many inflammatory mediators including chemokines, cytokines, growth factors and eicosanoids are expressed in the tumor milieu and contribute to both tumor growth and tumor control. This chapter will summarize our current understanding of one chemokine/chemokine receptor pair; the G-protein-coupled seven transmembrane chemokine receptor CXCR3 and three ligands, CXCL9 (Mig), CXCL10 (IP-10) and CXCL11 (I-TAC). Endogenous CXCL9-11 can be detected at the mRNA and protein level in many tumors. In some malignancies, the presence of intratumor ligand is associated with the presence of infiltrating CXCR3+ T lymphocytes and/or NK cells and correlates with a better prognosis. Antiangiogenic properties of CXCL9-11 have also been demonstrated and likely contribute to the better prognosis associated with ligand detection. Endogenous expression of CXCR3 ligands is not always beneficial to the host. Direct stimulation of tumor cell proliferation has been demonstrated in some tumor models. Forced overexpression or intratumor injection of each ligand also has demonstrable antitumor activity in many cancer models. These therapeutic effects are often dependent on actions of CXCR3+ immune effector cells or CXCR3+ vascular endothelial cells. The CXCR3 receptor is expressed by many malignant cells and, in some cases, is shown to promote invasion and metastasis to distant sites where ligand is expressed. Multiple variants of CXCR3 exist; CXCR3-A appears to be more important in promoting metastasis whereas CXCR3-B may inhibit cell proliferation. Pharmacologic antagonism or gene-silencing of CXCR3 inhibits metastasis in preclinical models of malignancies of the colon, breast, and in osteosarcoma, and malignant melanoma, but the contribution of individual CXCR3 variants to this mechanism remains to be elucidated.