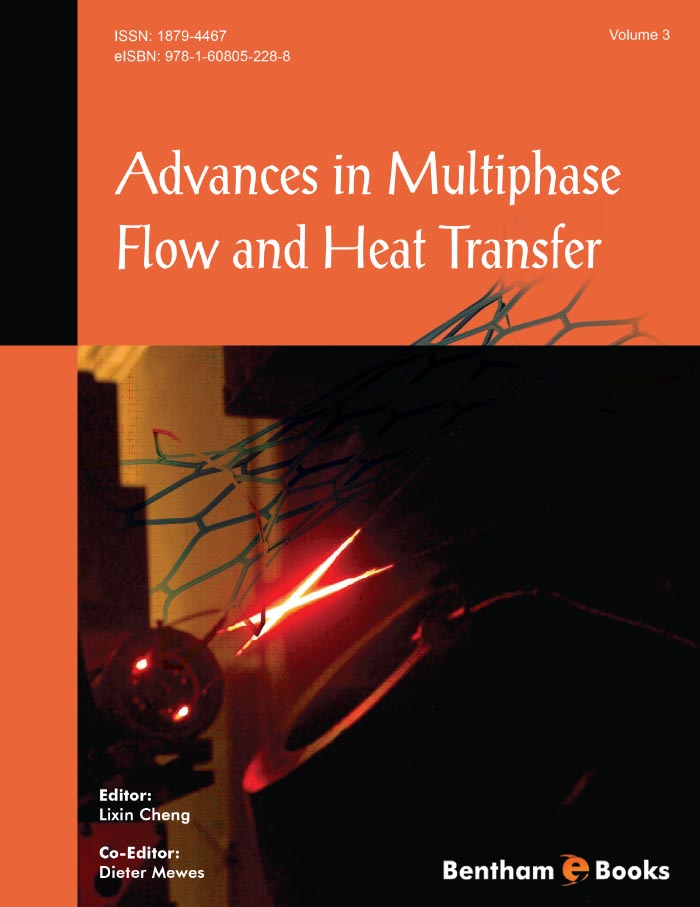 Detailed experimental study involving flow boiling of water in microchannel is discussed in this chapter. The work aims to study the different aspects of the problem such as pressure drop, heat transfer coefficient, pressure instability, and void fraction. Flow visualization has also been performed. Experiments have been conducted in silicon microchannels with trapezoidal or rectangular cross-section of hydraulic diameter 45-140 &amp;#956;m, and a microheater fabricated on the reverse side of the silicon wafer to provide well controlled and metered input power. The experimental data is compared with the annular flow model and various empirical correlations, and complemented with clear discussion of the observed phenomenon. In the two-phase regime, the average pressure drop increases with a decrease in the flow rate and reaches a maximum (with a minimum on either side), while in the dryout regime the pressure drop decreases with flow rate. Our results suggest that there are up to four mass flow rate values with same pressure drop penalty and the operating point can be chosen with the maximum heat transfer coefficient. The average pressure drop is found to have a strong dependence on the channel aspect ratio and becomes minimum in rectangular microchannel for width-to-depth ratio of about 1.5. The instability in pressure drop has been quantified and linked to the underlying flow regime. The minimum PRMS/Pavg is found to occur when the flow transitions to annular. For the first time, a flow regime map is also obtained for such systems. The flow is found to be predominately annular at high heat flux and flow rate. A breakup of the flow frequency suggests that the flow is bistable in the annular regime. At a fixed location, the flow periodically switches from single phase liquid to annular, and viceversa. Otherwise, all three regimes: single phase liquid, bubbly and slug are obtained. An image analysis technique has also been developed and utilized to estimate the void fraction as a function of position in the microchannel, heat flux and mass flow rate. The technique has been extended to obtain heat transfer coefficient purely from image analysis. Both void fraction and heat transfer coefficient are found to increase monotonically with position in the microchannel. There are several novel aspects of this study. For example, effect of microchannel aspect ratio on pressure drop is studied for the first time. Some guidelines for choosing the operating point with desired constraints have been proposed. Ways to reduce instability have also been explored. Development of flow regime map and flow visualization technique is not available in the literature currently. Pressure drop data near CHF condition have been presented. The results are interesting from both fundamental and electronic cooling point of view.