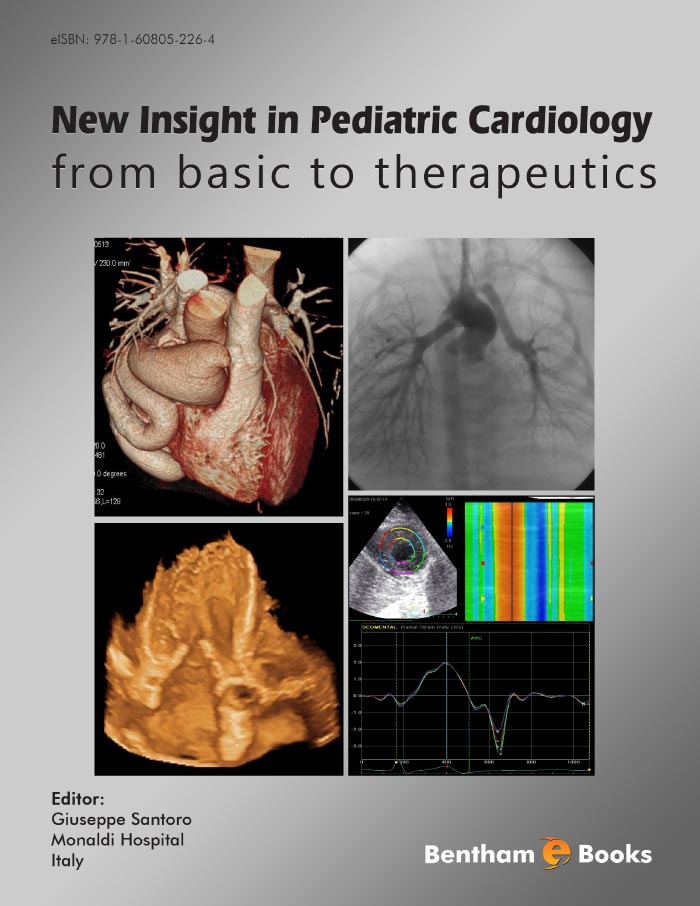 Pulmonary hypertension (PH) in children is a serious disease, characterized by an inauspicious prognosis. It is a complex disorder with various etiologies, including congenital heart diseases (CHDs), idiopathic and familial diseases (IPH), and connective tissue diseases (CTD). Half of these patients have associated congenital heart disease (50%), while idiopathic forms of PH accounts for 40% of cases. The pathogenesis of PH is multi-factorial. The increase of pulmonary vascular resistance is due to cellular and biochemical modifications that lead to endothelial dysfunction, vasoconstriction, arterial wall thickening and thrombosis: the first stimulus that leads to these modifications has not been understood yet, but several hypotheses support the importance of both genetic predisposition and risk factors. The pattern of inheritance in heritable PH was observed to be autosomal dominant with highly variable and incomplete expression and penetrance among families; the penetrance is estimated to be very low. BMPR2 (a member of TGF-β family) is the first candidate gene for heritable PH and sporadic PH: loss of function mutations in the gene encoding for this receptor could cause proliferation of vascular cells, but these mutations cannot be considered the only cause of the disease. Moreover, carriers for mutations in BMPR2 have 15% to 20% chance of developing PH in their lifetime, so a large part of “sporadic” cases could be unrecognized familial forms of pulmonary hypertension. Other genes, not actually known, could explain all cases of heritable PH in which no mutations in BMPR2 gene are detectable. CHD is the most common condition associated to PH. A high number of young patients have PH as part of a syndrome, and the most common example is Down syndrome. Among these patients who have a CHD, screening for PH and early correction of CHD could represent a tool to prevent PH development. It is now widely known that genetic variations may influence outcome and/or response to drugs in different patients. These differences exist both to drug effects and to toxicity of a specific treatment: genetic variants may influence the absorption, the metabolism and the physiologic effect of a drug. Pharmacogenomic studies have shown that genetic variants may account for differences in the pharmacokinetics and pharmacodynamics: these results lead to individual responses to drugs. In PH area, it is interesting to turn the attention to endothelin-1 (its plasma levels are increased in IPAH) and its receptors, ETA and ETB.