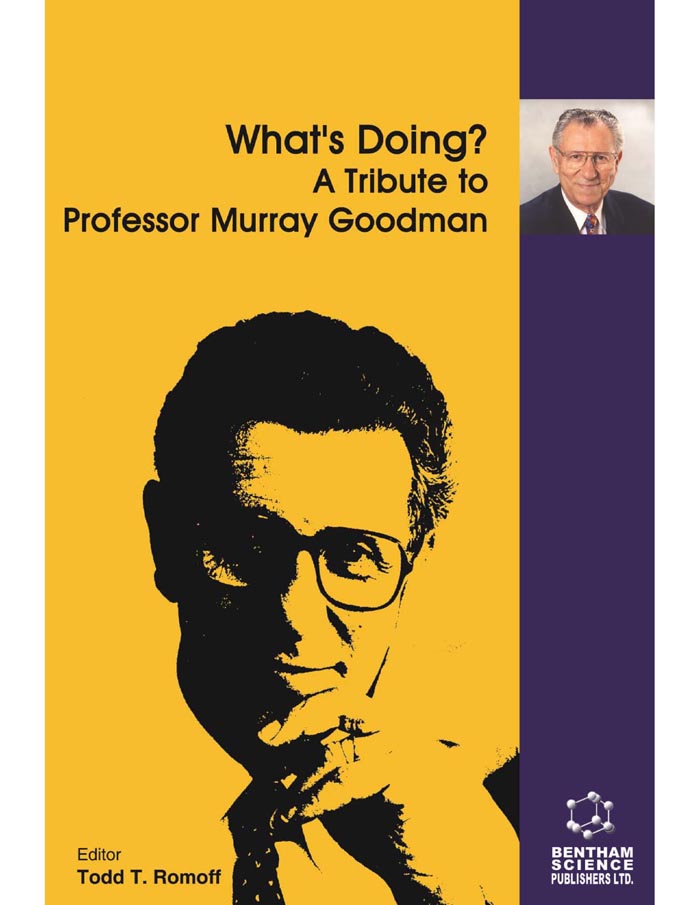 Murray Goodman, who died on 1 June 2004, was a great peptide scientist with celebrity status, who was showered with awards in his lifetime. Already two Murray Goodman Lectures have been organized [1,2], and several appreciations in memoriam [3-7] have appeared. The University of California at San Diego has established a Murray Goodman Memorial Fund. This special issue of the European Peptide Society&#039;s Journal may therefore be thought to call for some explanation. But he was one of its Founding Editors. Further, although he was very much an American, born in Brooklyn on 6 July 1928 and bred there, the influence of his research, teaching, editorial activity and personality was far-reaching in Europe, and his untimely death took place in Europe on one of his frequent trips across the Atlantic. In view of the many commemorations of Murray Goodman which were published soon after his death, and others known to be in the pipeline, we decided to time ours for his first anniversary