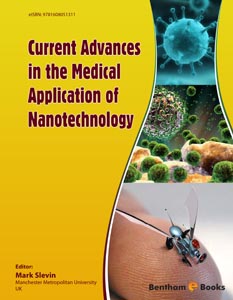 For medicine, nanotechnology promises new therapies, more rapid and sensitive diagnostic and investigative tools for normal and diseased tissues, and new materials for tissue engineering. This book will highlight the major current uses, new technologies and future perspectives of nanotechnology in relation to medical application. This e-Book will include sections on nanobiological approaches to imaging, diagnosis and treatment of disease, ranging from the medical use of nanomaterials, to nanoelectronic biosensors, and possible future applications of molecular nanotechnology for cell repair. Also covered will be current problems associated with this technology, including an understanding of issues related to toxicity and the environmental impact of nanoscale materials. This e-Book will be of interest to scientists, biomedical technologists, medical doctors and students of taught courses in nanotechnology at both undergraduate and post-graduate level (MSc). &lt;/p&gt; &lt;p&gt; Targeting therapeutic drugs directly at disease sites increases their effectiveness and reduces side effects. Nanoparticles can encapsulate drugs, specific proteins or antibodies and can even be attached to artificial RNA strands known as aptamers. The nanoparticles can be taken up by specific cells where the nanoparticles dissolve to release the protein or drug. This technology could be used to enhance tissue regeneration and remodelling or conversely, destroy diseased tissue such as tumours. The treatment of disease depends on the identification of a target and delivery of a therapeutic agent which either causes function to be restored, switches off inappropriate activity, or in the case of cancer, destroys the cell. However, many pharmaceuticals are limited in their development or application because of poor solubility, poor stability, or side-effects in inappropriate tissues. Manipulating the composition of a drug formulation at the nanoscale can resolve these issues. &lt;/p&gt; &lt;p&gt; Although at an early stage of development, nanoshells can be used to encapsulate drugs, protecting them from the environment and offering targeted release (essential for toxic anti-cancer therapies). Nanoshells can be made from polymers (which fuse with cell membranes and release their contents within the cell) or a mix of polymer and gold (which can be induced to melt when irradiated with infrared light thus releasing their contents). Other nanomaterials can be used to target or directly treat diseased tissues by physical rather than biochemical means. For example, paramagnetic iron nanoparticles can be made to accumulate in tumour cells through the use of magnetic fields and can be used to destroy tumour cells by heat through the application of alternating magnetic fields (known as magnetic fluid hyperthermia [MFH]; In the future functionalising such nanoparticles with targeting biomolecules could enable them to be delivered systemically.