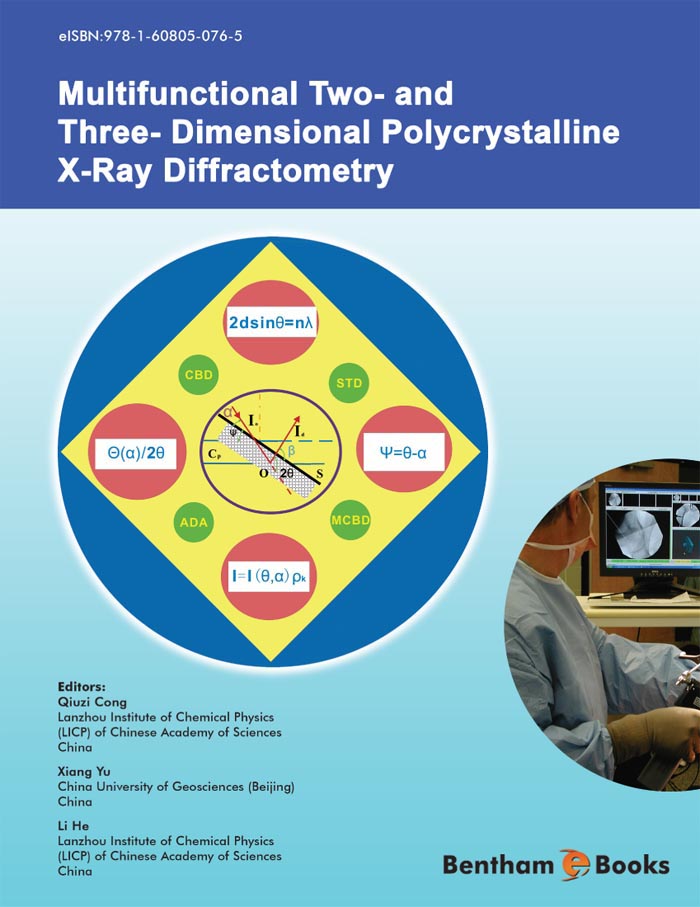 INTRODUCTION &lt;/p&gt; &lt;p&gt; The concept of 2D X-ray diffraction is of both fundamental and technological importance. The proper study begins with the asymmetrical Bragg reflection geometry. The term, the asymmetrical Bragg reflection geometry, means that the angles between incident and diffracted (reflected) X-ray beams, which are identical angles to the reflecting crystal planes, but different to the specimen surface. Besides the Bragg angle &amp;#952;, the description needs to introduce an angular variable &amp;#945;, which is designated as the angle between the sample surface and the incident X-ray beam. Both angles &amp;#945; and &amp;#952; are two independent angular variables necessary to construct the two-dimensional system in various applications of diffractometry, especially when flat-layer specimens are used to a far greater extent than the one angular variable &amp;#952;.....